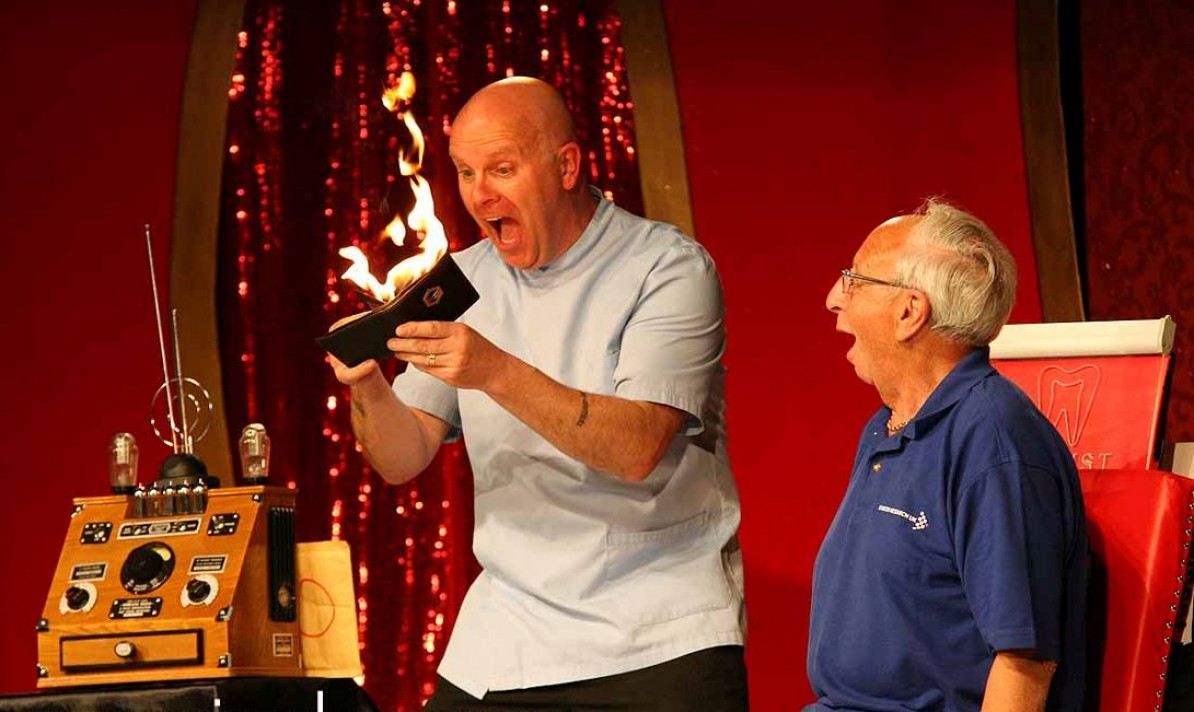 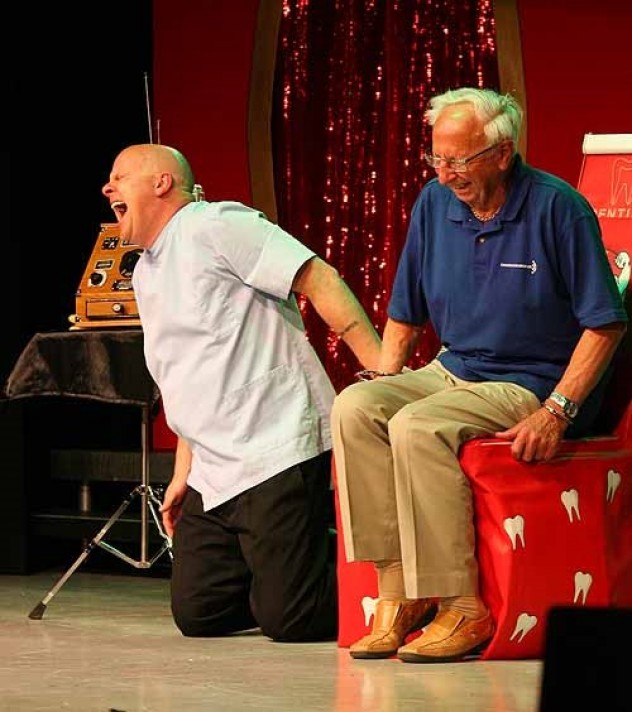 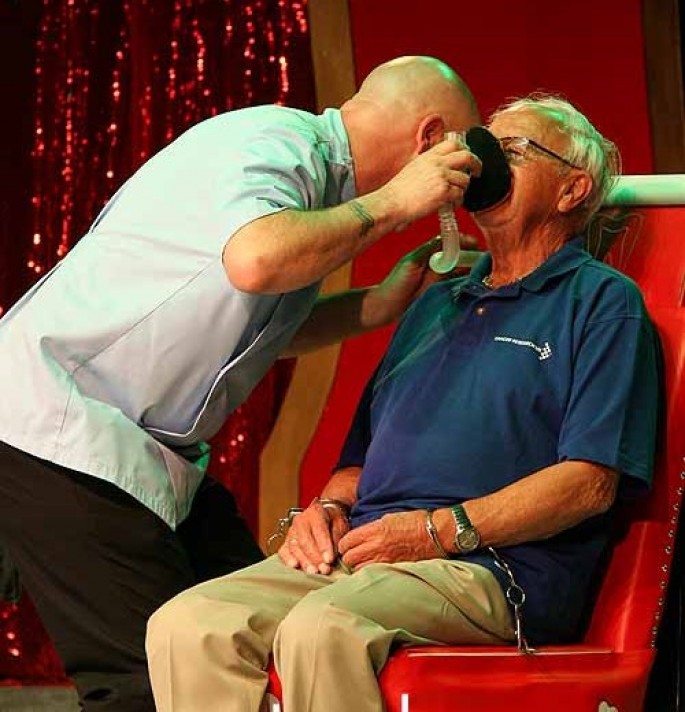 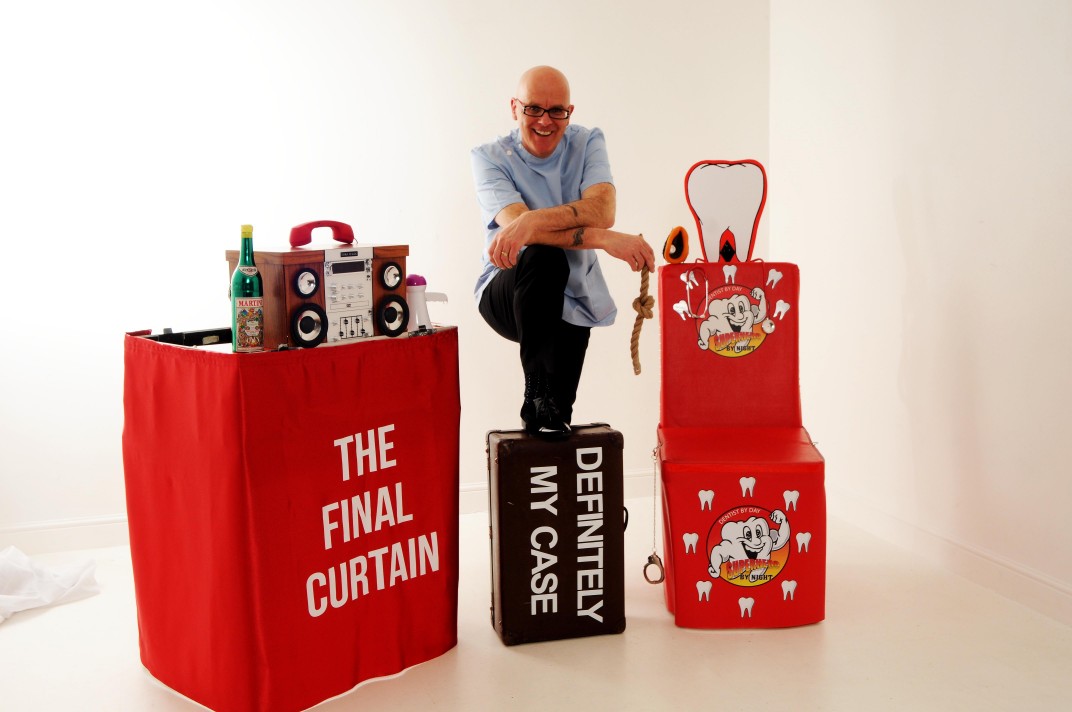 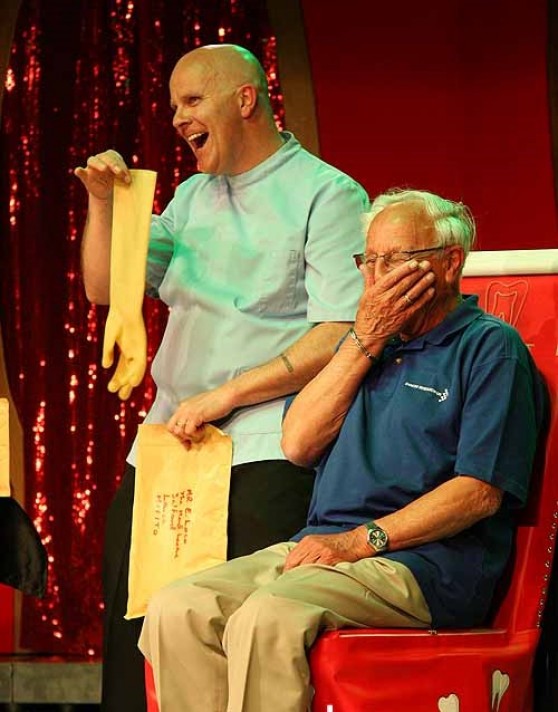 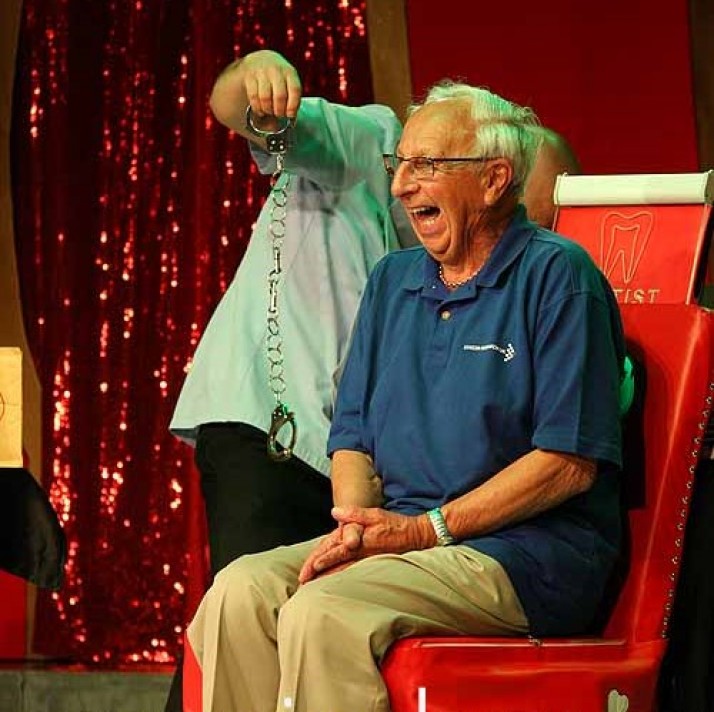 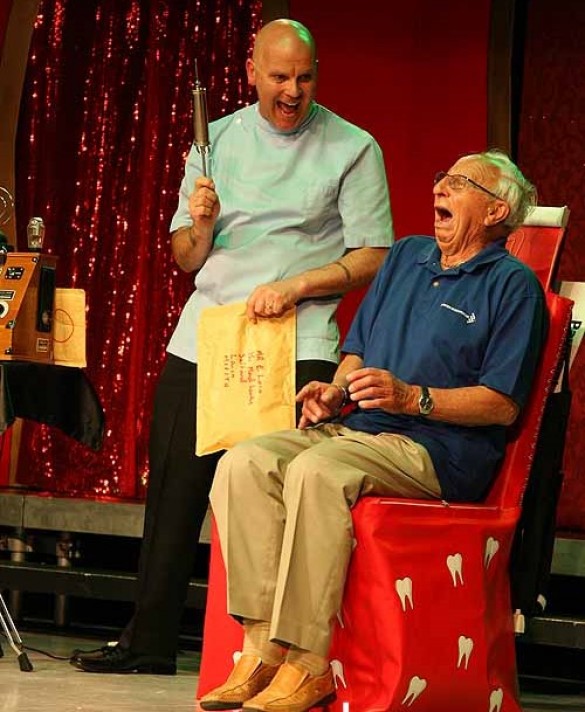 Humordountist is a solo act who cajoles a member of the audience into his bizarre dentist's chair and uses a variety of props to create hilarious responses from both his 'victim' and the audience.

Without speaking a single word, your new dentist will interact with over 200 snippets of music, voice overs and sound effects from the past hundred years for surprises and hilarity at every turn!

Over the past 25 years, Humourdontist has performed well over 4,000 shows in 20 countries all across the world. The accessibility of his show is unparalleled - since no word is uttered, there's no language barrier limiting the enjoyment of this hands-on performance.

Small enough to fit into any venue, but with enough spirit to play to a 2,000 capacity theatre audience, Humourdontist's act can entertain crowds in any setting, whether you need him to play up at your local community centre or fly to Marrakech for a one night show! While strong enough to top a comedy bill as the headline act, Humourdontist also makes a great support act if you have other entertainment planned.

Humourdontist was a 2005 award winner at the Edinburgh Fringe Festival, won the Carnival Comedy Challenge in 2007, and was the headline cabaret performer for Royal Caribbean Cruise lines between 2011-2013 - meaning you get an experienced act who has wowed audiences both at home and abroad.

A PA is required to play Humourdontist's music, but if your venue doesn't supply one, he will provide one for an extra fee. Humourdontist can travel anywhere in the world to perform and is entirely self-contained with a travel weight of 30kg. Show times can be adapted from 5 to 40 minutes.

For an unforgettable, personal and hilarious comedy show, get in touch and secure Humourdontist for your event!

"The most inventive and hilarious comedy idea I've seen this year."
Comedy Entertainer
"The dentist chair was one of 8 shows at our Festival of Comedy and without a doubt the most original of them all. The audience was constantly amazed at Humourdontists' magic, humour and timing. We as producers were absolutely delighted with his performance."
Live Comedy Show
"Hilarious. Truly original and completely clean, perfect for evening entertainment at our corporate event."
Corporate Comedy Entertainment