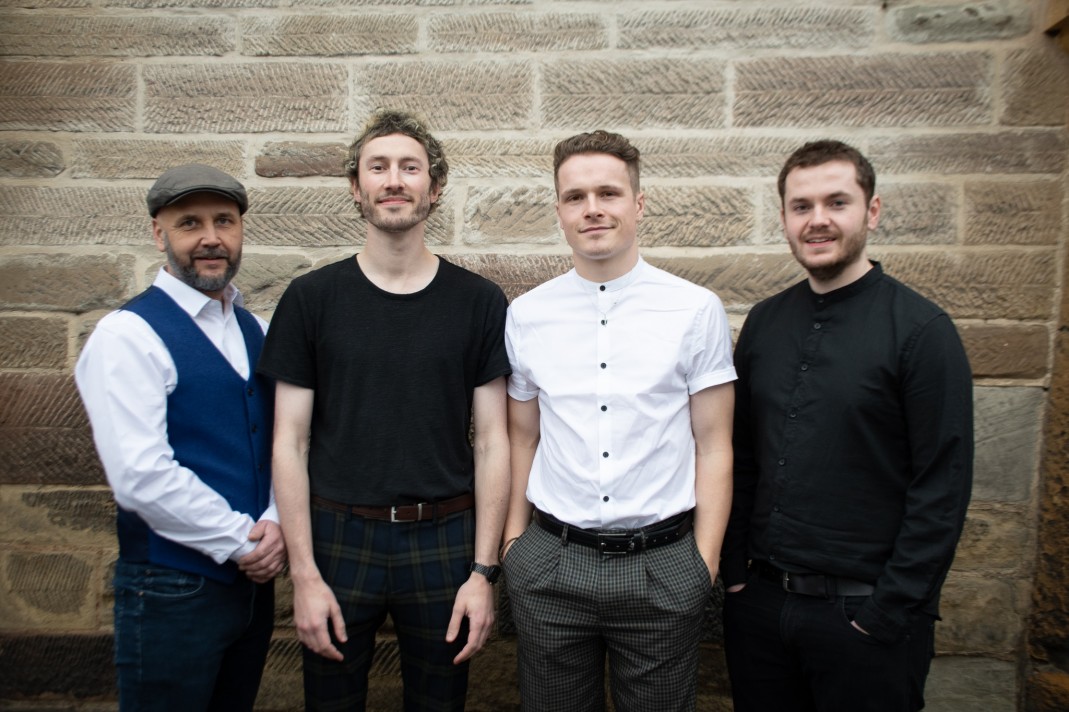 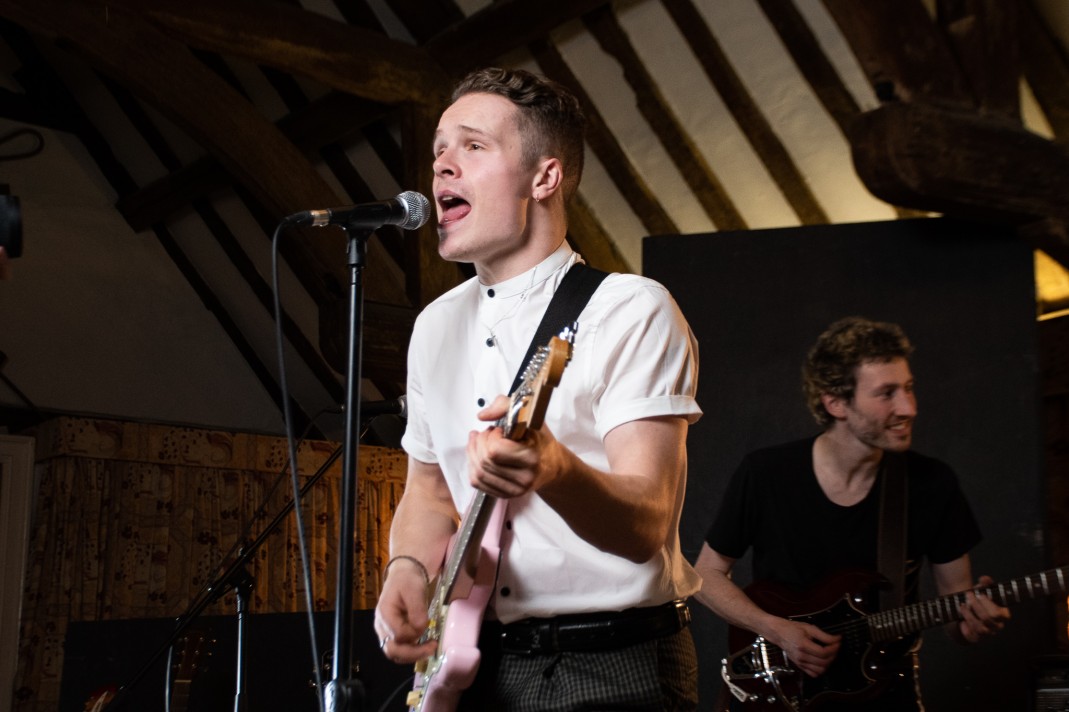 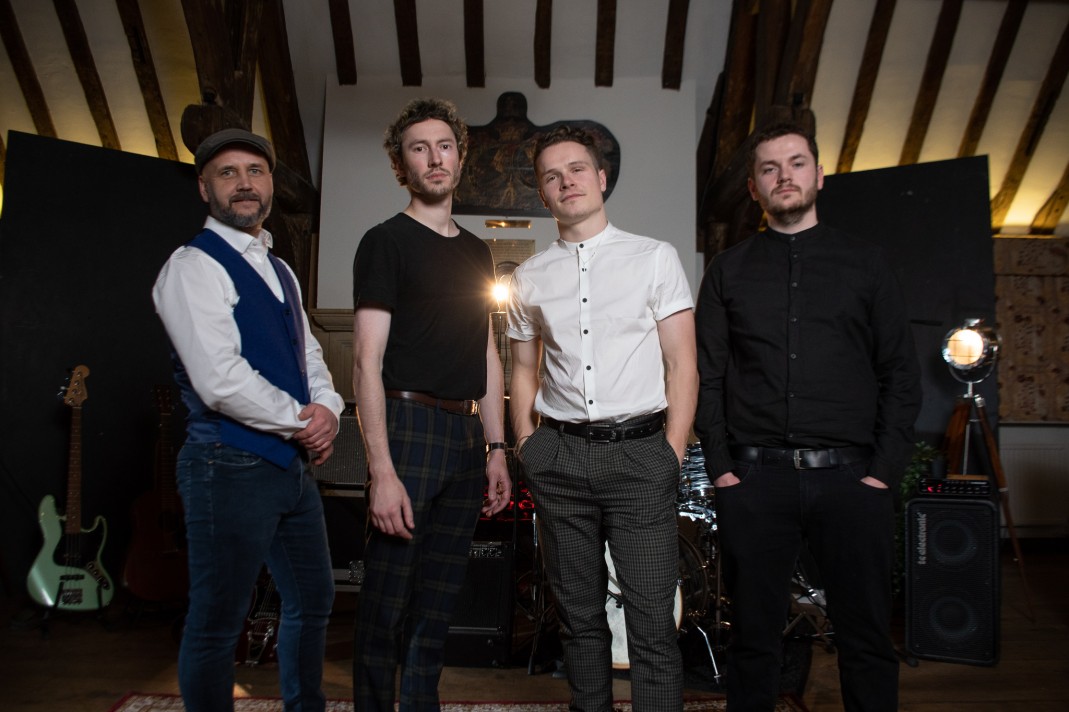 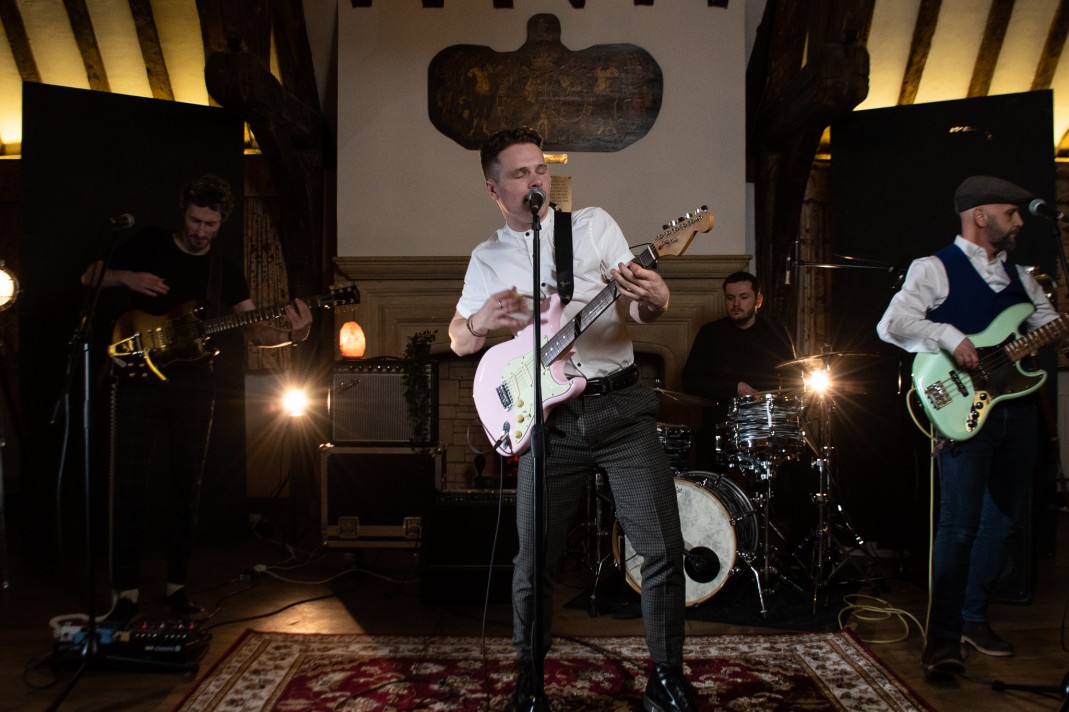 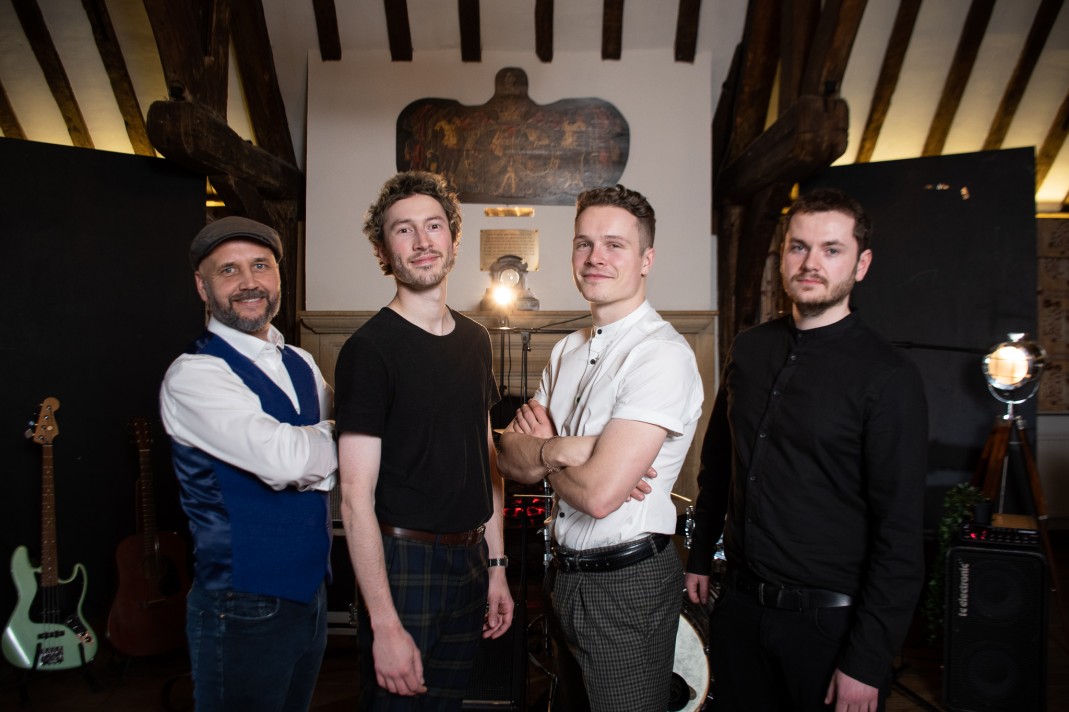 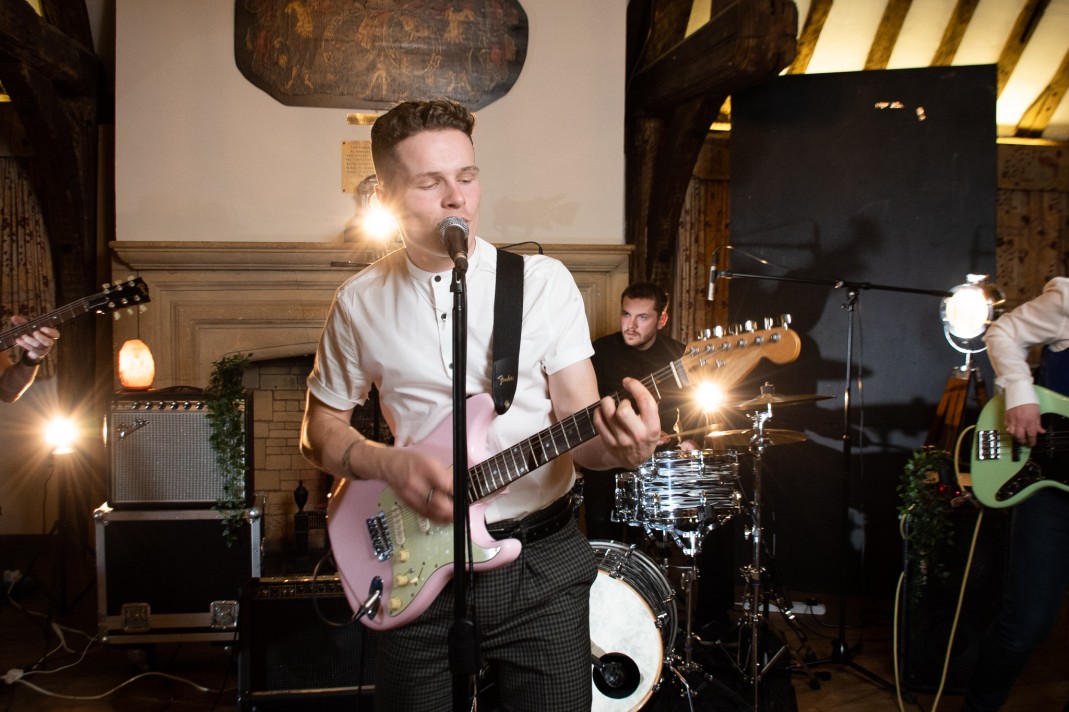 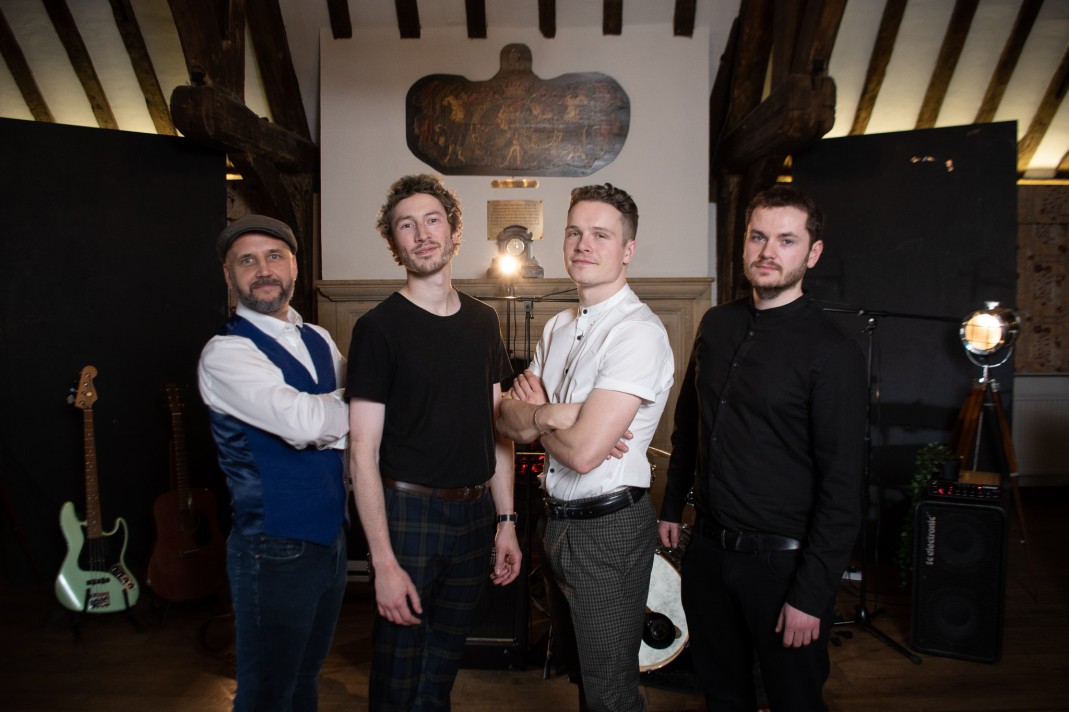 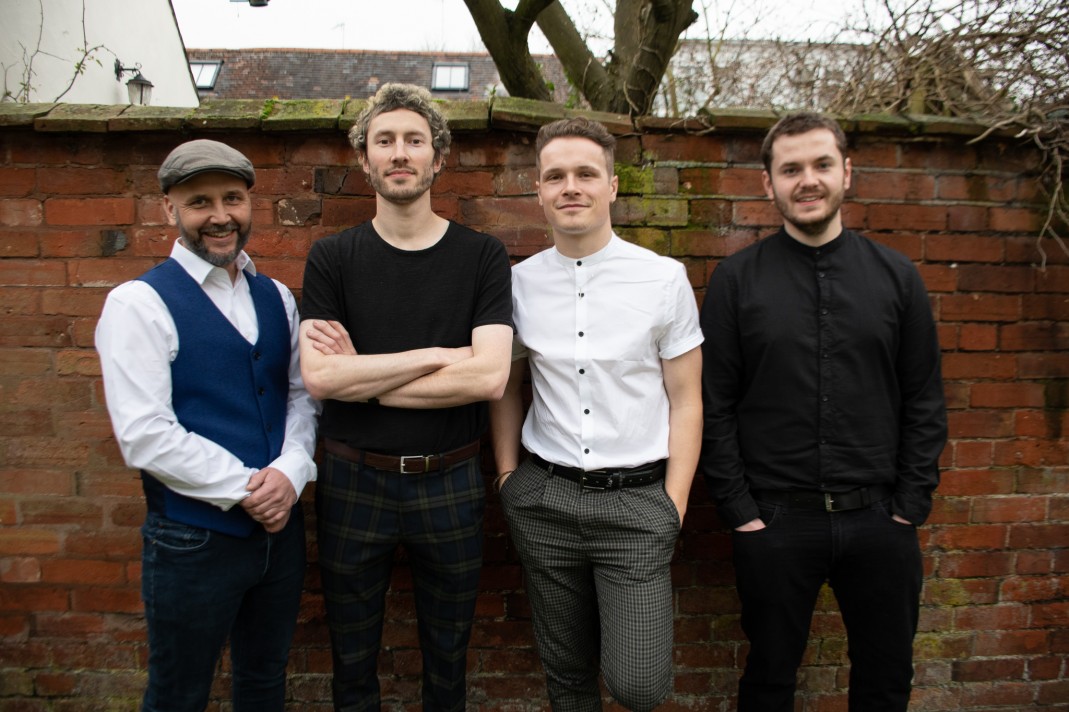 Weekend Ticket are a 4-piece band whose stage-owning performances of everything from rock 'n' roll and pop through to modern day classics will have everyone singing and dancing into the early hours.

A dynamic band who love to have a great time and put on a brilliant show, Weekend Ticket's fusion of charm, talent and charisma will have you and your guests captivated from the very first note. A varied repertoire that ranges from The Beatles, The Stones and Fleetwood Mac to The Killers, Oasis and George Ezra will keep everyone welded to the dance floor!

The Weekend Ticket line-up features four incredible performers with seriously impressive musical resumés, plus a one-of-a-kind pink Stratocaster you won't find anywhere else on the planet:

When you hire Weekend Ticket, you're securing a performance from musicians of the highest calibre for your event. It's little wonder that these guys are one of the most in-demand bands for weddings, parties and corporate events in the UK right now.

A fully self-contained act, Weekend Ticket supply high quality, fully PAT-tested PA and lighting equipment as standard. They also provide a playlist DJ service and offer to learn not one, but two special requests as part of their standard package.

Love the sound of the sax? Addicted to the tone of the trumpet? Make sure you ask about adding on sax and trumpet to transform Weekend Ticket into a 6-piece show band! You can also add acoustic duo and trio sets for the perfect laid-back opener to your event.

A wedding band based in Dorset, Weekend Ticket are more than happy to travel and are available to perform at events throughout the UK.

Make your event the hottest ticket in town! Enquire Now to book this hugely popular band before their diary fills up!

"Awesome set list, got everyone on their feet dancing! Thanks for a great evening. Can't recommend them enough."

Calum - Party
"Awesome band playing absolute crowd pleasers with EVERYONE on their feet!"

Laura - Wedding
"Amazing cover band. Had everyone dancing at our wedding, and talking about them a year on!"

Beth - Party
"Had a great night and brill choice of music. Highly recommend."

Mary - Party
"Absolutely fabulous stepped in with 3 days notice to play at my sons wedding. It was a great set and everyone said they were great Thank you for a fab evening."

Jamie - Wedding - Gloucestershire
"We had a great time dancing to a fantastic band. Well done guys!"

Lorraine - Wedding - Devon
"Just wanted to say a big thank-you to the chaps from Weekend Ticket that let my son have there plectrums during ur gig at my mates wedding. My little boy absolutely loved watching you he didn't stop pretending to play a guitar."

Paul - Wedding - Devon
"We just wanted to email to say how amazing the band were! We absolutely loved their performance and playlist and we've had lots of rave reviews. We've also passed on their name to a few other people who asked who they were! Many thanks!"