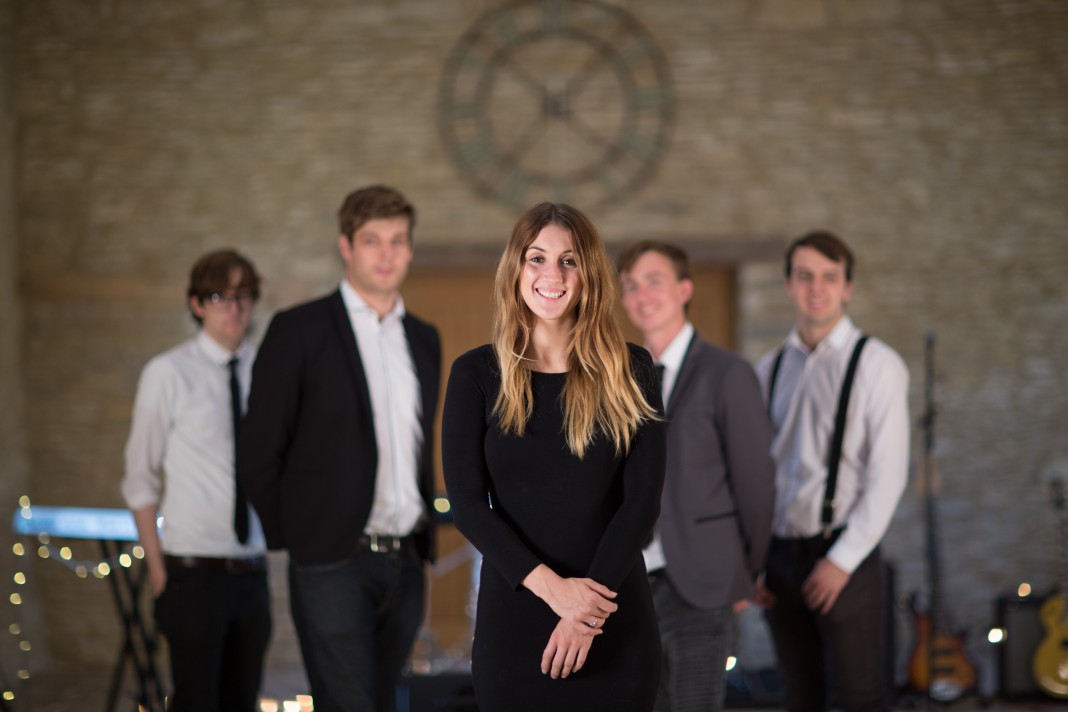 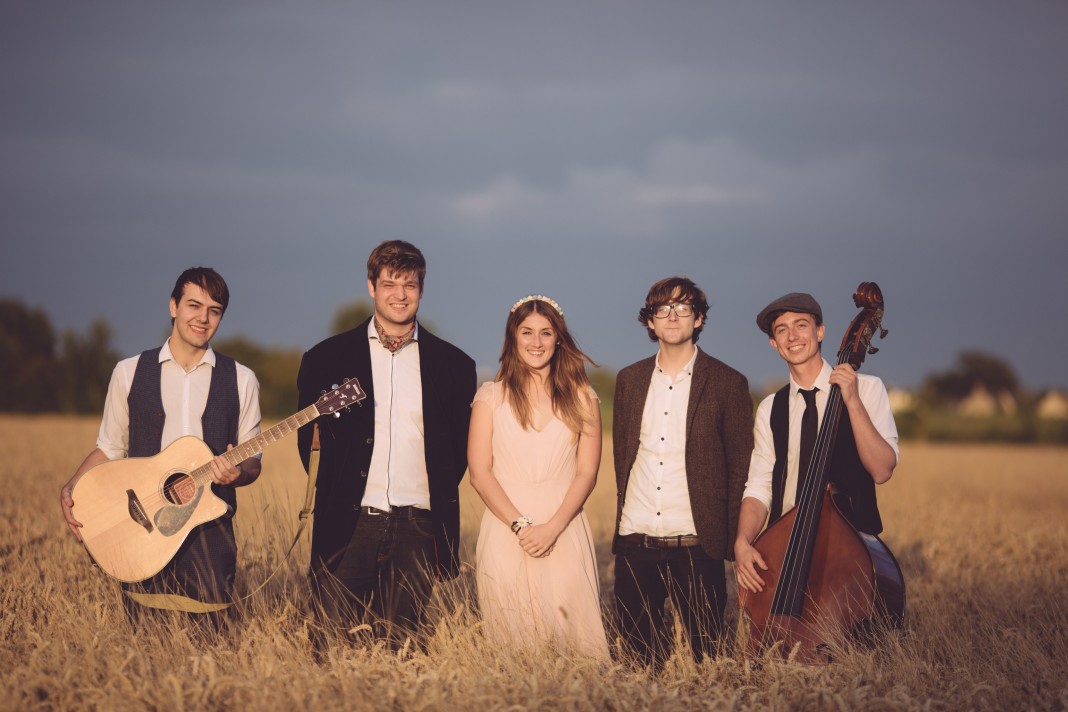 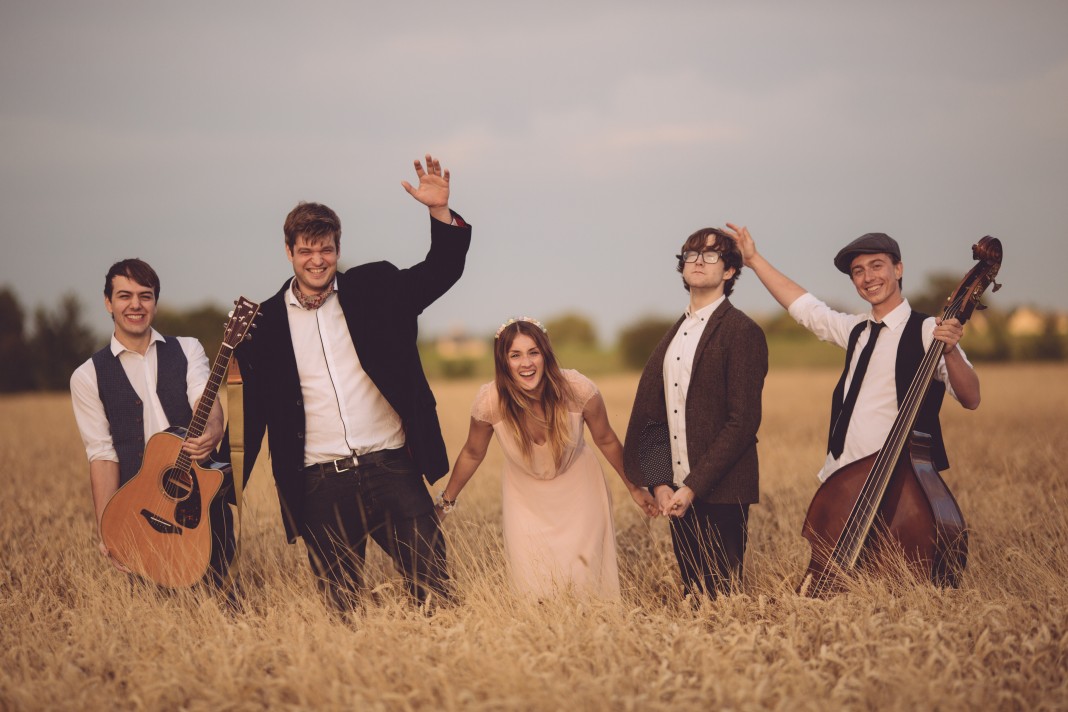 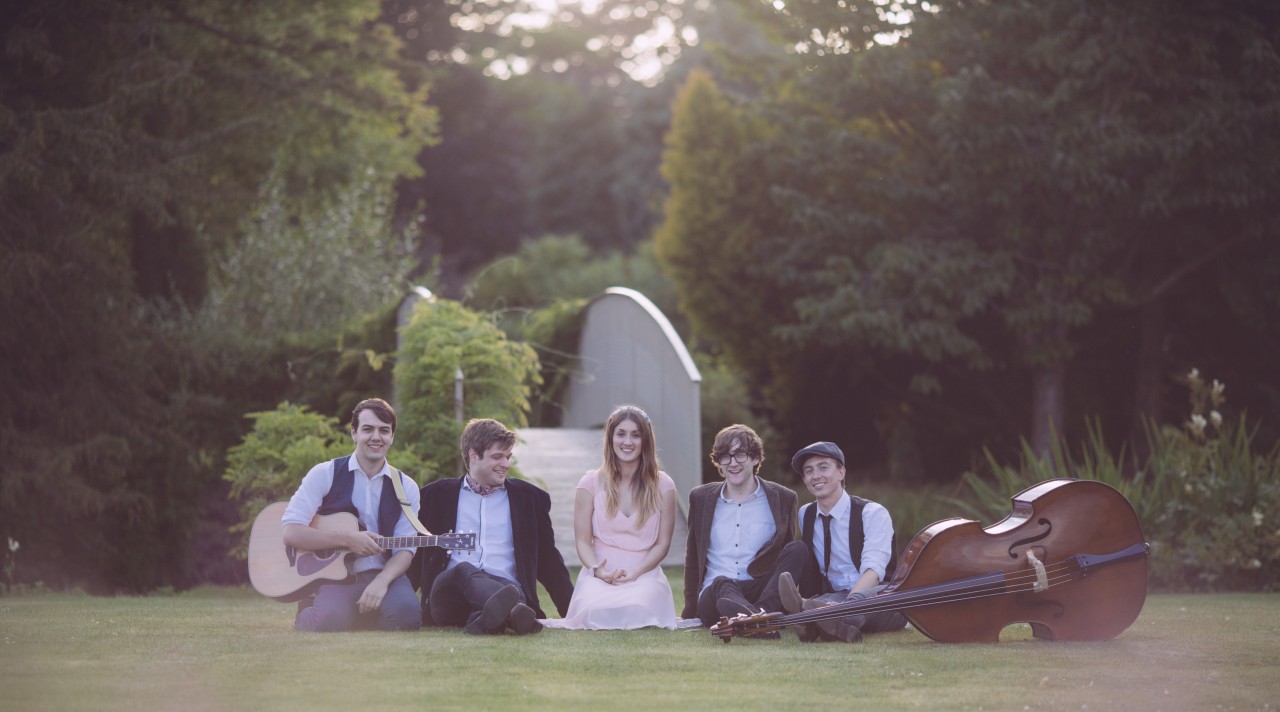 The Slideways
in Brief:

Bright and energetic, The Slideways play a combination of upbeat Mumford-&-Sons-style folk tunes and amplified pop and rock crowd-pleasers to make every minute of your wedding entertainment memorable!

Performing lively renditions of well-known pop, rock, folk, hip-hop, 90s dance, indie and pop punk, The Slideways leave you with no excuse to resist dancing when they take to the stage! Whipping up a storm with their 5-piece arrangement of female lead vocals, male vocals and guitar, bass, keys and drums, this fun and fresh live band scatter sunshine everywhere they go.

In their acoustic guise of double bass and acoustic guitars, the band cover the stars of the folk scene from Mumford and Sons to The Lumineers, but also give your favourite pop tunes - from The Beatles to Bruno Mars - a unique twist that'll raise smiles all round!

Tried and tested set-lists mean a full dance floor is guaranteed. The talented members of The Slideways have been playing together for years and have played across Europe at weddings from France to the sun-drenched beaches of Ibiza.

The Slideways perform three 45-minute sets, which you can mix up between electric and acoustic styles as you wish. When they're not on stage, the band will provide recorded music to fill the gaps, and to make your night extra special, they'll learn not just your first dance, but a special request too!

Everything's self-contained - The Slideways bring their own basic stage lighting and PA. Want an even bigger sound? Ask for the band's sax and trumpet players for the evening set! If you're looking for some mellow listening for the daytime drinks, The Slideways also offer an afternoon acoustic set.

The Slideways are an exceptional London-located wedding band who're available for events nationwide - if you beat the rush!

Everything you could want and more! Book this fun, folky band now!

The Slideways
Pricing and Enquire:

"Please can you pass on our heartfelt thanks to each member of The Slideways. They were absolutely amazing on our wedding day last week and made the whole day! They were so professional and efficient with their set up, they looked the part, played fantastically and got everyone dancing! When there was an issue with the venue's speaker they re did our first dance later on so that we could hear it properly, this was greatly appreciated and gave a whole different feel to the dance. I will highly recommend them to everyone after a band, I'm just trying to think of the next event I can hold to justify booking them!"

Wedding Band Review
"We just wanted to reach out and send a special thanks to The Slideways. The band were absolutely incredible on the day, our wedding party had the best time! We have had so much feedback from our guests that they were the best band/wedding band they have ever seen! They kept all our guests, no matter what their music taste, on the dance floor all night and that is something truly magical. If I ever need a band for anything I will definitely be reaching out! Big thanks again and take care."

Live Band Review
"I just wanted to send you a few words of thanks to pass on to The Slideways. It's two weeks since the wedding and I'm still hearing from people about how brilliant they were. I know they stepped in at relatively short notice but no one guessed. In fact, my now brother-in-law managed to have a 5 minute practice with them during the speeches, so he could sing Hallelujah with them for my wife and I. Really, they were very kind to let him do that and to play a few extra songs when the crowd were begging them not to stop at the end. I'll be selling them to every fiancé I know for a long while, in the selfish hope that I'll see them play again."

Wedding Band Review
"Alex and I would like to say a massive thank you to the band for the amazing entertainment they gave us and our guests at our wedding on Saturday. We have had so many compliments. Especially about the rapping! Thanks again!"