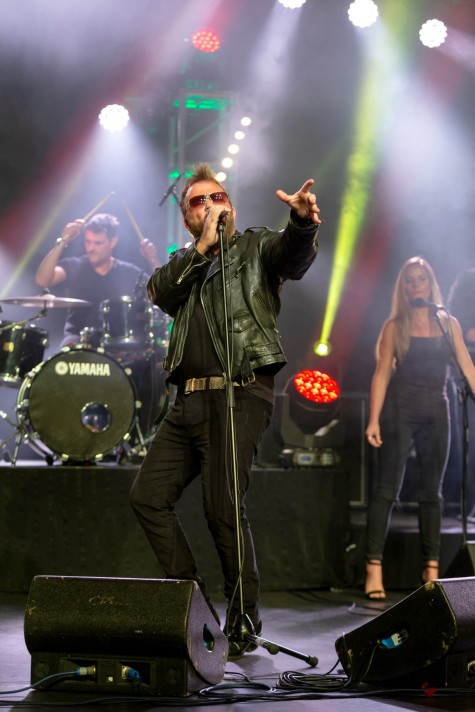 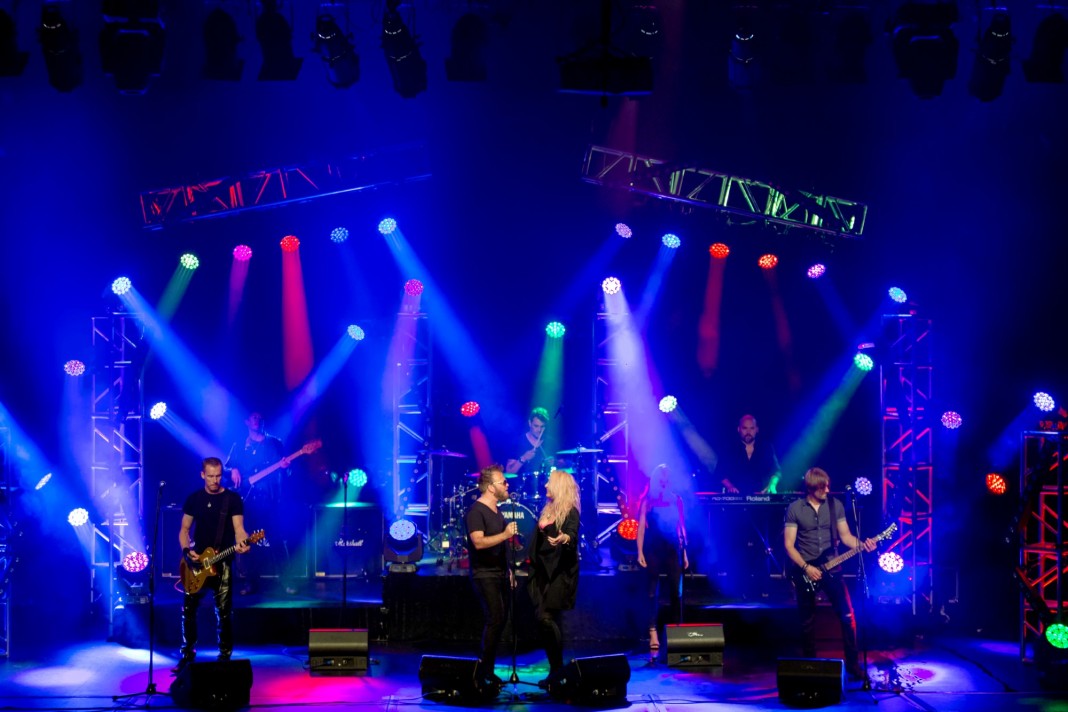 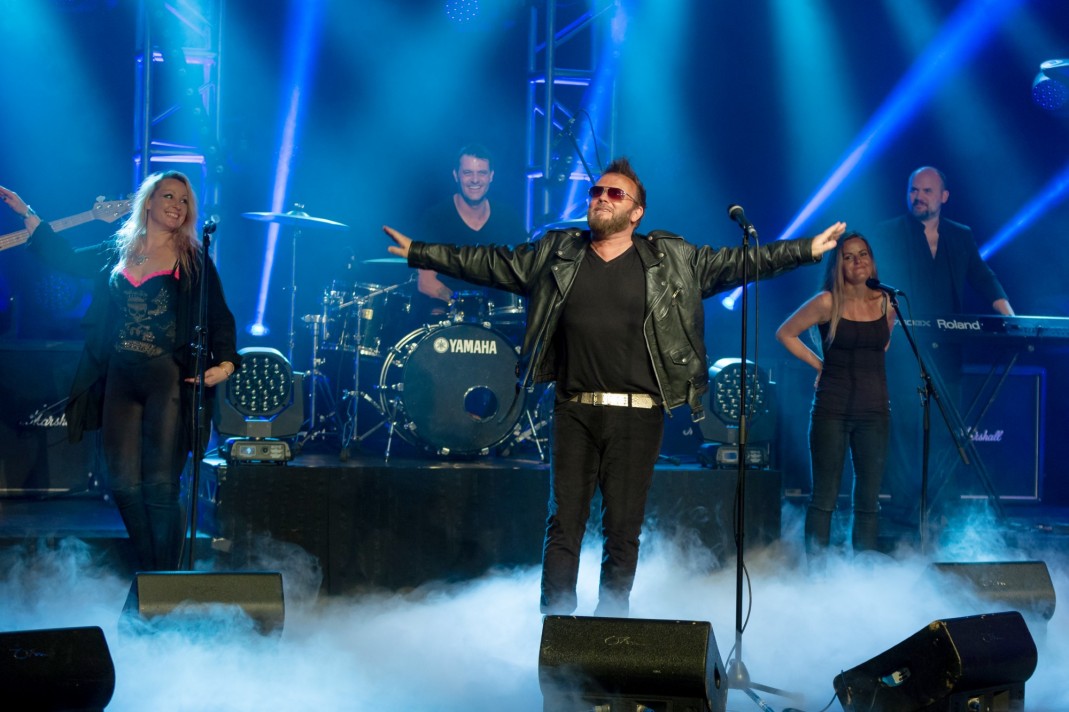 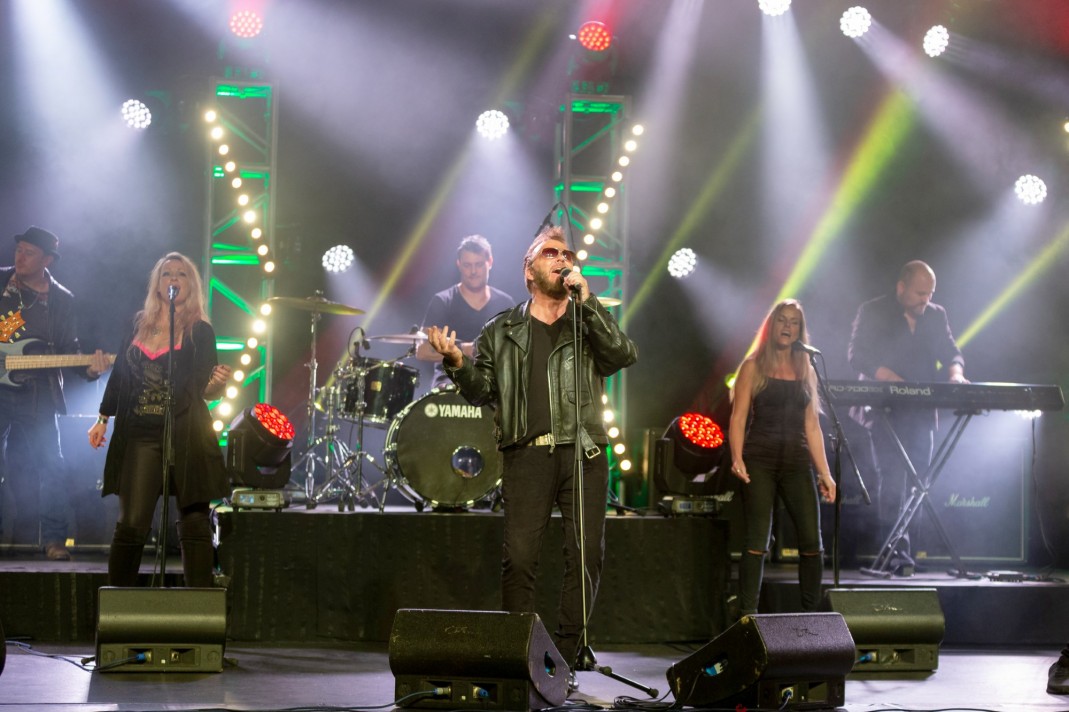 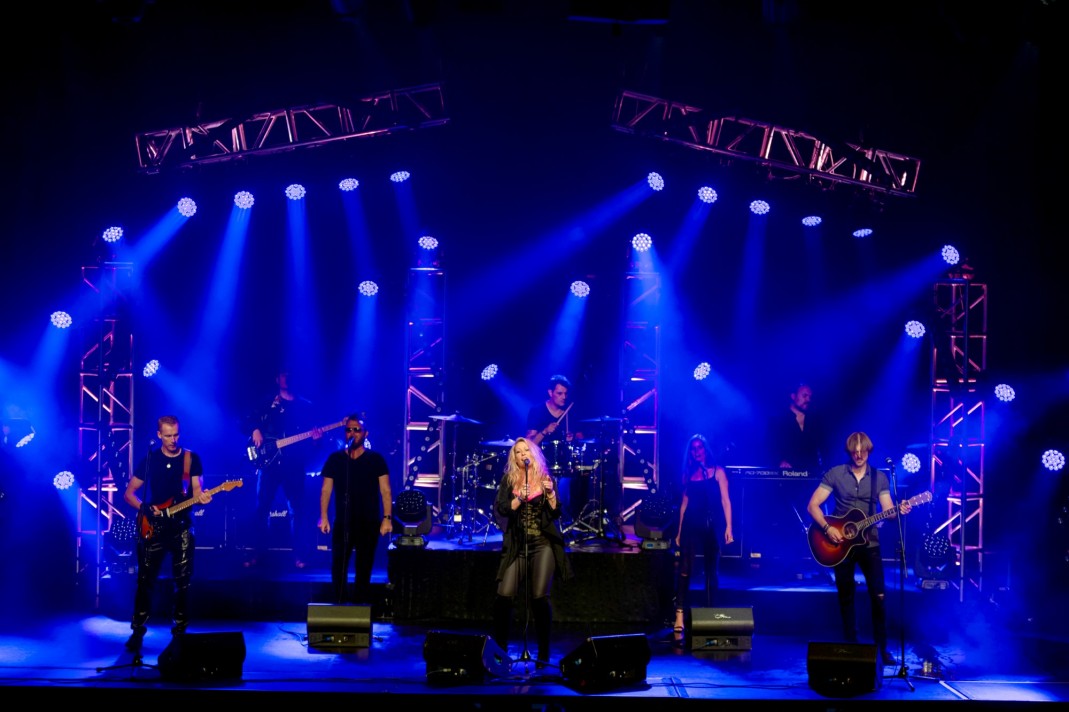 The Power Rocks Show
in Brief:

Let us very proudly introduce you to the outstanding show band that is The Power Rocks Show. The clue is very much in the name; expect a power-packed performance of nothing but roaring pop and rock anthems, and a sensational show you'll never forget!

Reassuringly renowned for having people jumping up from their seats and dancing in the aisles - if you can even watch The Power Rocks Show's video without shifting in your seat and singing along, we would be impressed!

This monumental show focuses on power ballads and soft rock from the 80s & 90s. You can expect to reminisce to hit after hit from artists such as Whitesnake, Bon Jovi, Bryan Adams, Tina Turner, Alannah Myles, Aerosmith, Roxette, Bonnie Tyler, Alice Cooper and so many more.

Their high-octane two-hour show celebrates one of the most creative and emotionally charged periods in the history of music: a time when trousers were high, shell suits were cool, and hair was huge! You will be flooded with nostalgia as you find yourself belting out ballads, and most likely playing a little air guitar!

This storming 7-piece rock band boasts brilliant male and female lead vocals, 2 guitarists, bassist, drummer, and keys player. The band create a passionate and powerful show, having honed their skills for over 20 years both on the UK scene and touring internationally. Members of The Power Rocks Show have backed the likes of Skin, Kelly Jones, Steve Rodgers, Tommy Jules, Michael Ball, Kiki Dee, Tommy Steele and The Hoff.

The Power Rocks Show experience is further enhanced by their state of the art sound and lighting, all included in the fee, which creates an epic display that has been best described as "truly a night to remember". With a playlist DJ service to keep the room alive and kicking whilst the band takes a break, The Power Rocks Show have your entire evening covered!

This stunning Herefordshire band for weddings, parties and corporate events is available nationwide.

Make your memories monumental ones, and secure The Power Rocks Show to rock your event today!

"Absolutely amazing we had such a good time. The musicians and singers were incredible...if you get the chance to go to see the show, I'd say go and be prepared to sing and dance along all night."

Charlie - Theatre Production - Somerset
"If you haven't seen these guys look out for them coming to your town! They have amazing voices and they're backed up by five incredibly talented musicians. They had the audience at Yeovil rocking and dancing in their seats and in the aisles - fabulous show!! Just do it... get tickets and go see them, you won't be disappointed!!"

Chris - Theatre Production - Somerset
"Last night we saw The Power Rocks Show in Yeovil, what a great show, Powerful music, Powerful Vocals and a superb lighting a show well worth seeing. A show that will have you singing and dancing."

David - Theatre Production - Somerset
The show was brilliant, very professional musicians and the singers were amazing. The audience was buzzing. Looking forward to seeing them again.