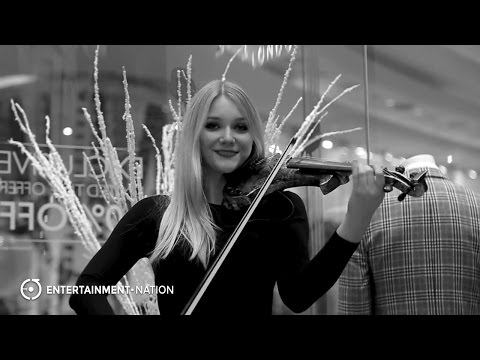 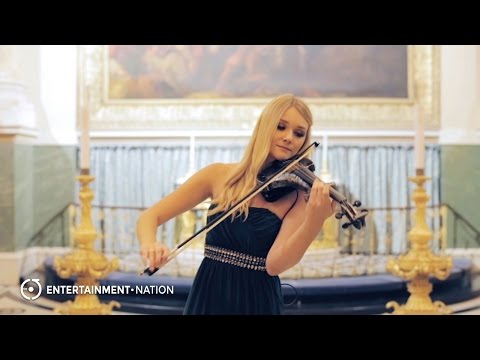 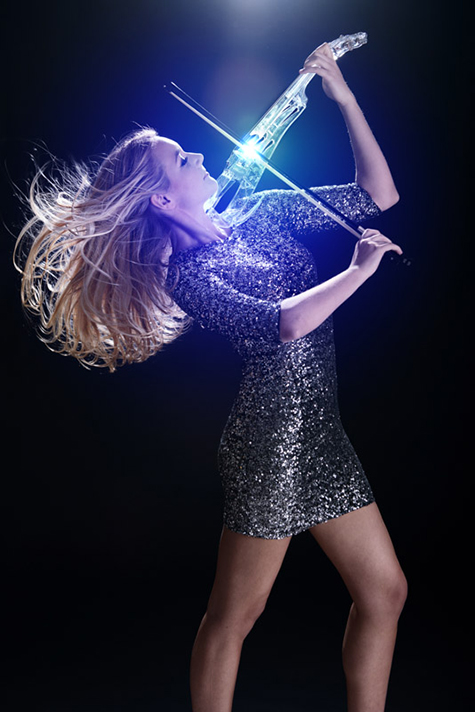 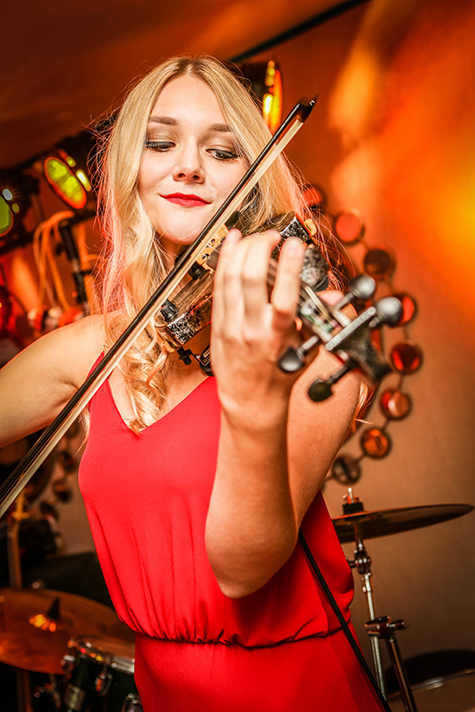 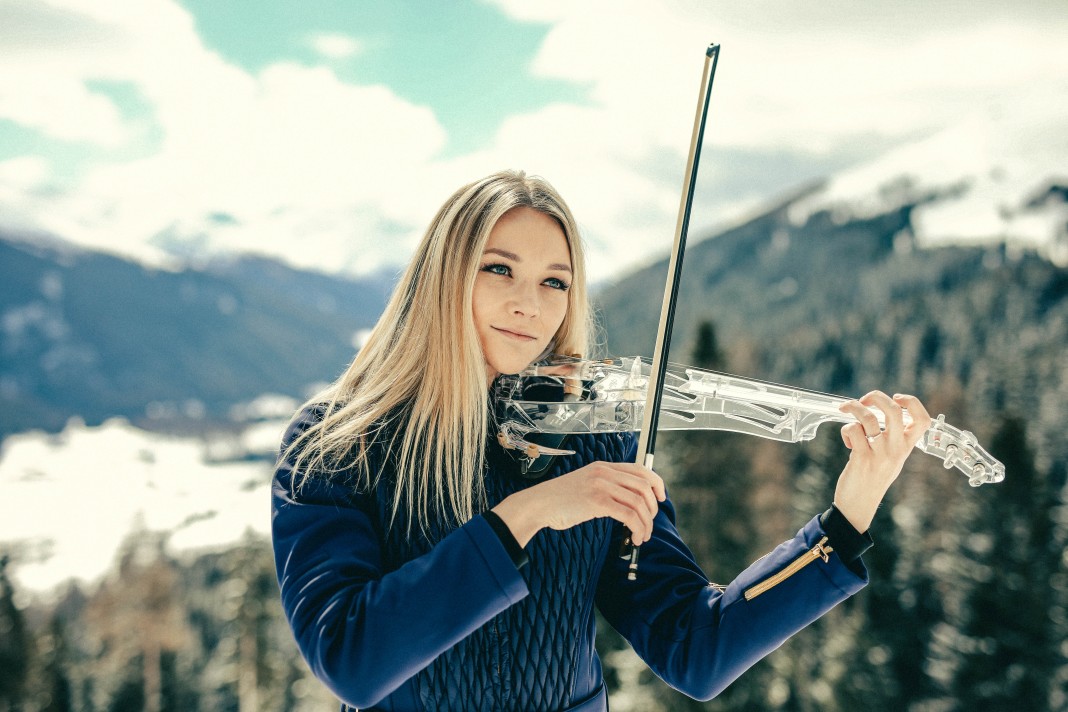 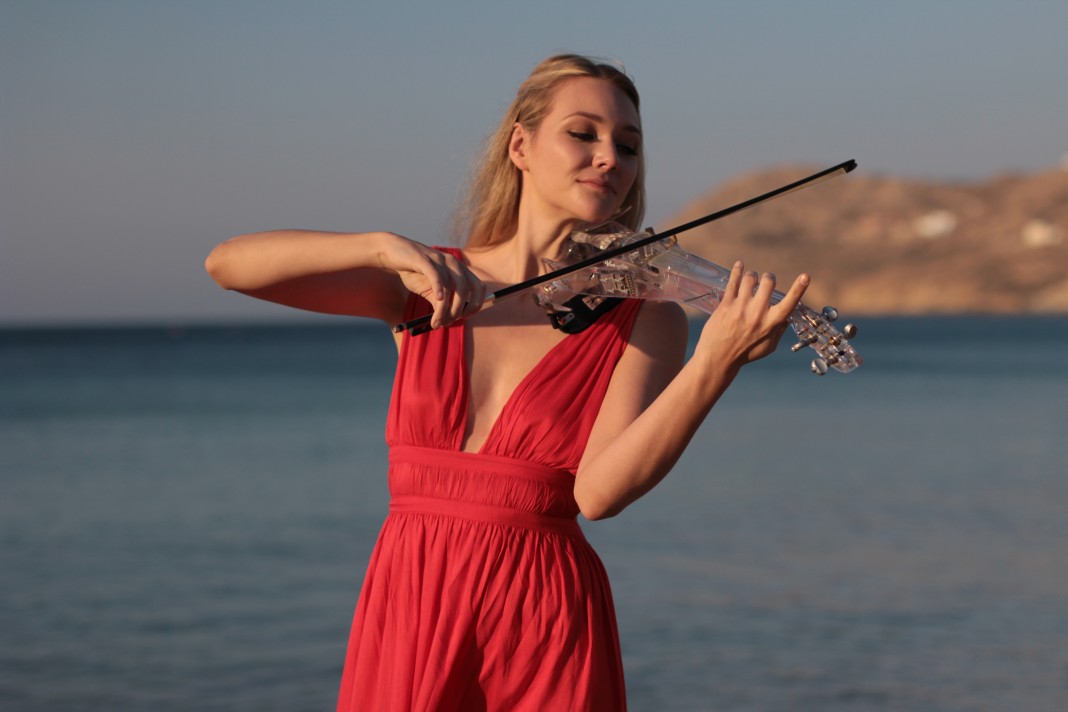 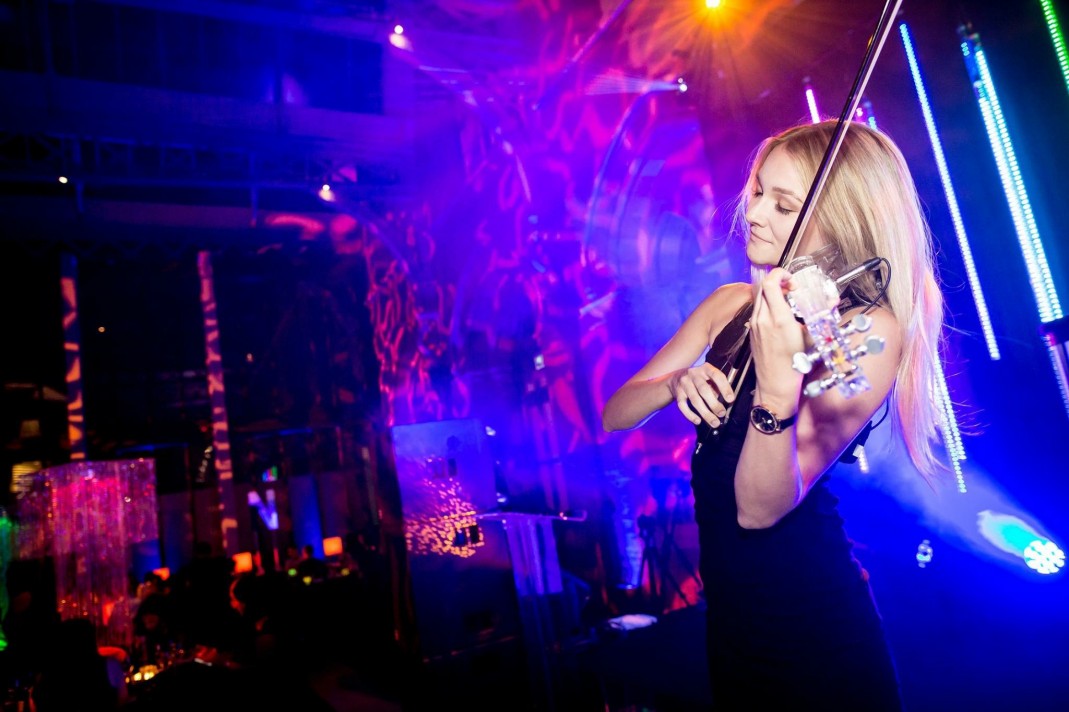 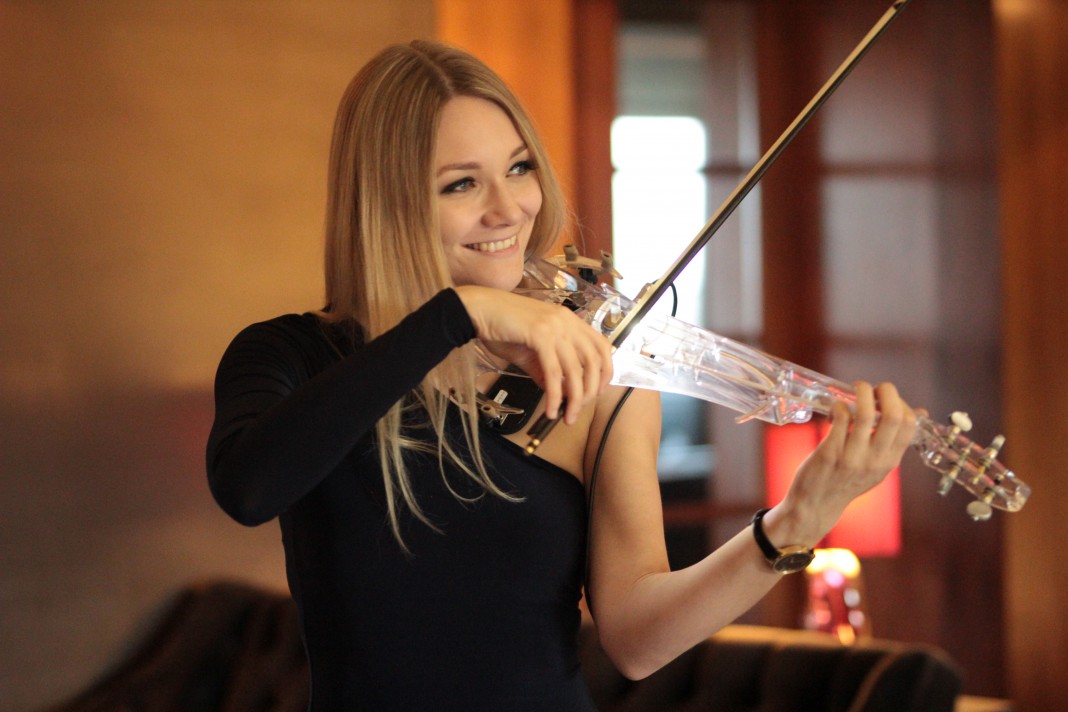 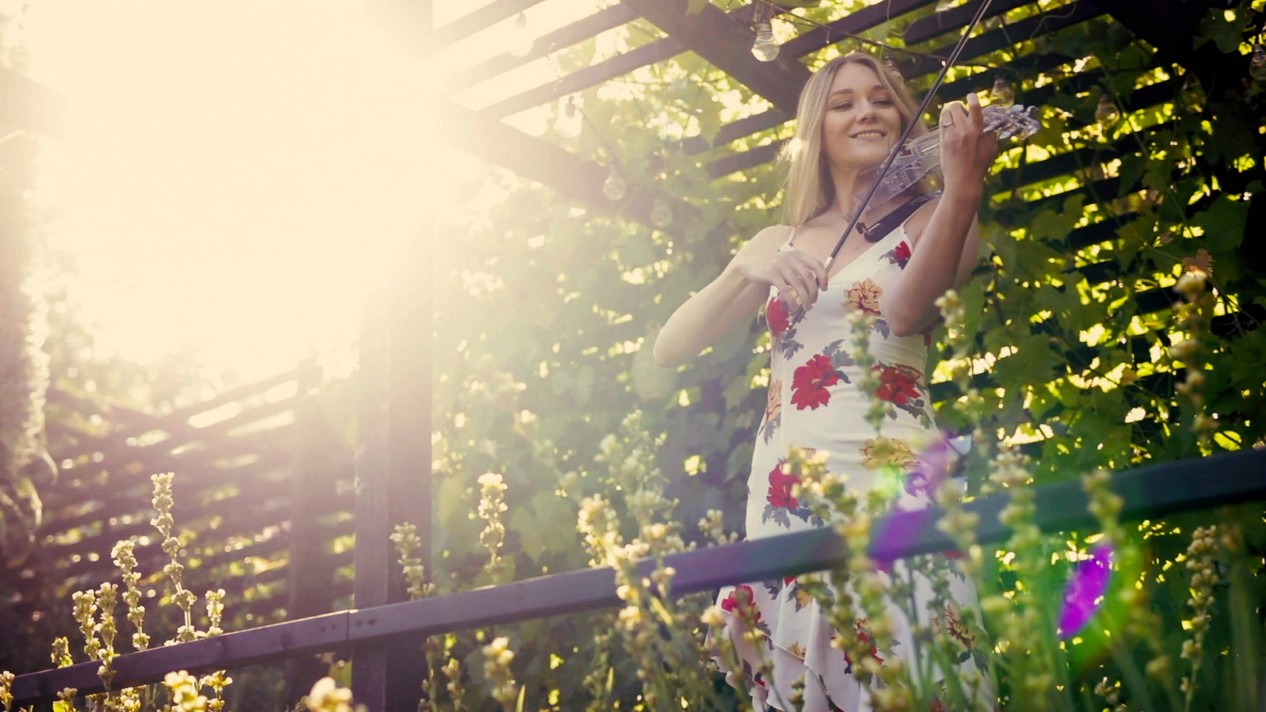 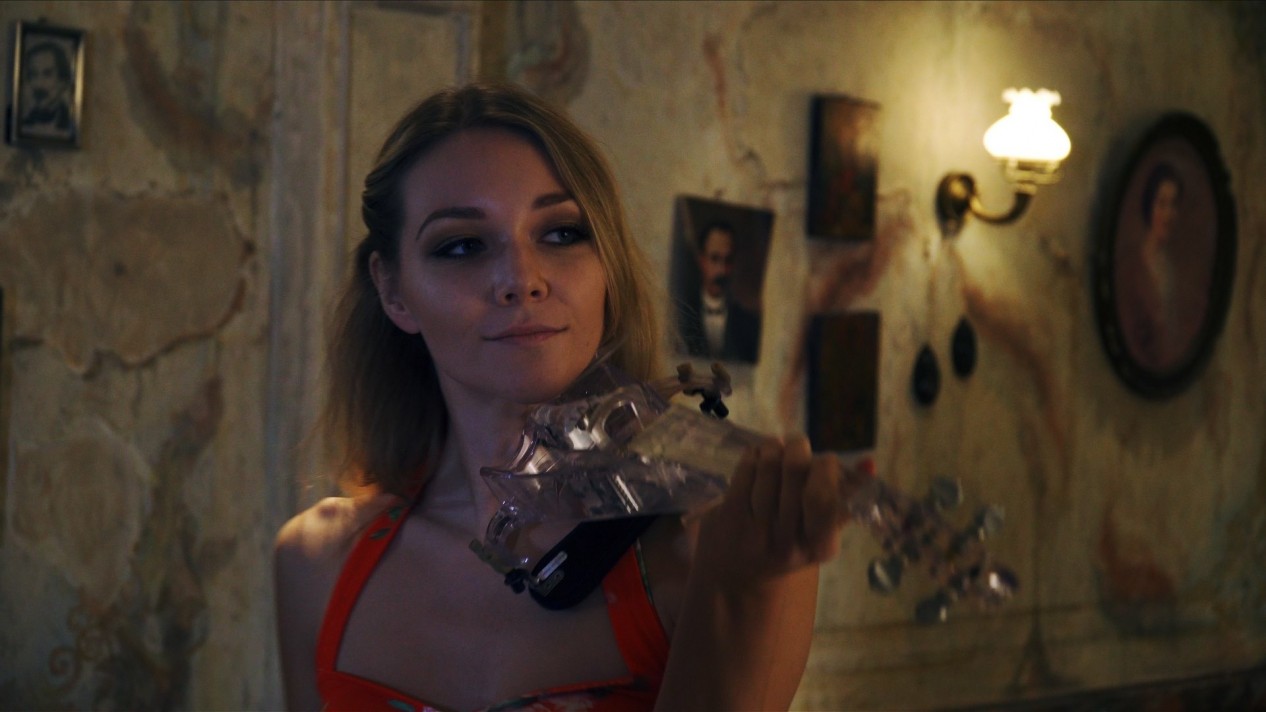 Sally is an exceptional violinist/electric violinist who is skilled in performing a broad range of genres from classical all the way through to pop, house, jazz, folk, RnB and latin! A high-impact, magnetic performer, Sally interacts with her audiences and regularly wows crowds all over the world with her spellbinding mix of talent, choreography and improvisation.

Sally began her classical training at the age of 3 and attended Oxford University before attaining a distinction in her masters degree in Violin Performance at Laban Conservatoire. She has since performed at prestigious venues such as The Royal Albert Hall, The O2 Arena, Hammersmith Apollo, Wembley Arena and the Cardiff Millennium Stadium. Further afield, Sally's performances have taken her to places such as Monaco, Qatar, Thailand, Malaysia, Bahrain and many European destinations. This fabulous London based musician has vast experience performing for A-List clients for events including the UEFA Cup Final Dinner, football conferences, ExxonMobil Tennis Gala dinner, fashion launches and many a VIP private wedding or party. Recent performance credits include shows for Swarovski, Vogue, Aquascutum, Sergio Rossi and Jaguar.

As a backing violinist, she has performed on stage alongside huge artists such as Ellie Goulding, Calvin Harris, FKA Twigs, John Newman, Alfie Bow, Sam Bailey, Nicholas Mcdonald and Russell Watson. Her TV credits include playing for Britain's Got Talent, The BBC Music Awards, Strictly Come Dancing, The X Factor and The Alan Titchmarsh show.

Sally has several performance options available. Playing over a live DJ, she has opened sets for well-knows artists such as Madness, Jessie J and Bob Sinclair, and has collaborated with celebrated producer Timbaland. If you would like to see her captivating your guests at a drinks reception or during dinner, she offers 2x45 minute sets of live background music. Or for a hard-hitting performance, she offers a 15-20 minute show. You could even book her alongside her DJ option and see her play 3x20 minute live sets.

Sally will arrive at your event complete with all she'll need to perform and as she knows her material from memory, she's free to roam around and interact with your guests. She even offers to learn and play up to 3 special requests for no extra fee as well as providing background playlists to keep your guests entertained when she's not playing live.

Find your perfect live bands to hire with Entertainment Nation. Check out more awesome acts to find a wedding band, party band or find a band for corporate events.

"Sally performed at the Vogue Gold Night Out event in our Aquascutum Westfield store in November 2014. She provided the perfect entertainment and really set the mood for the evening. She was a pleasure to work with, completely professional, poised, and absolutely gorgeous! It was so refreshing to hear classical renditions of popular chart music and you could tell the customers truly enjoyed her performance from start to finish. A pleasure to work with."

Fashion Event Musician Review
"When Martin Toal suggested adding a violinist to the repertoire for our Ryman League Annual Ball, it did not occur to me for one minute that we would all be blown away and mesmerised by the performance of Sally on the night. I would strongly recommend her to anyone looking for a vibrant, talented artiste."

Ball Musicians Review
"A word of thanks personally on behalf of everyone at our lunch yesterday. Your performance was stunning and all the feedback has been simply brilliant."

Dinner Musician Review
"Your performance was absolutely mind blowing, people have been coming to us these past days telling us that they have never felt an atmosphere like that at a ball dinner before. We all knew that you would kill it but you still exceeded our expectations, thank you so much!"

International University Musician Review
"Sally was a pleasure to deal with from start to finish. She is professional, prompt and definitely added a touch of glamour to our event. The guests thoroughly enjoyed the performance and her vast repertoire, Sally is a true talent"

Cocktail Reception Performer Review
"I would like to thank you for your fantastic performance on the evening, which helped to further accentuate the glamour and vibrant atmosphere on the night. Furthermore, you were a pleasure to deal with, remaining professional and polite throughout. It was truly refreshing to hear your rendition of some well known music!"

Jaguar Corporate Event Review
"Thank you for your amazing performance at our wedding in August. We were so glad we found you as you made our special day even more memorable. So many compliments for our guests who enjoyed all the music you played and the atmosphere you created. Thank you."