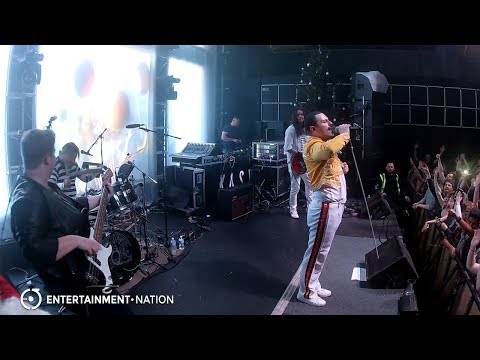 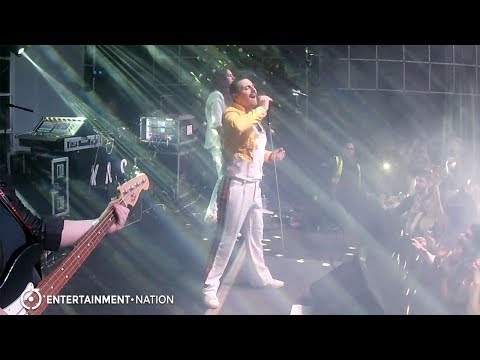 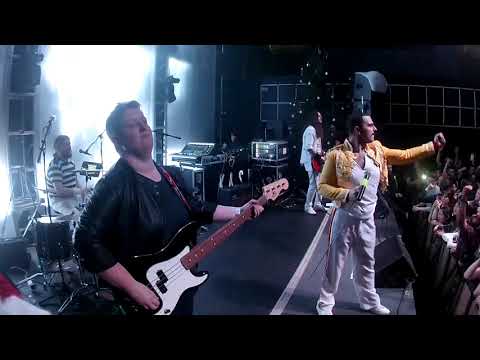 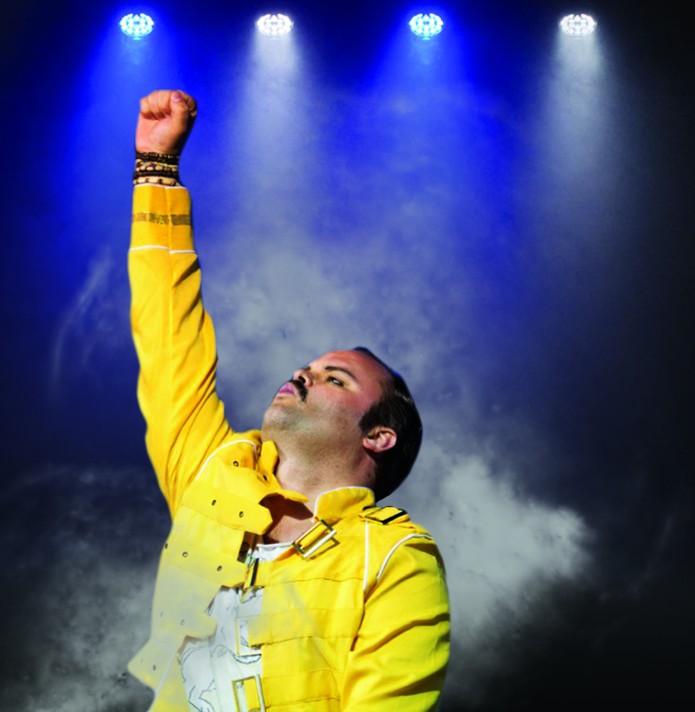 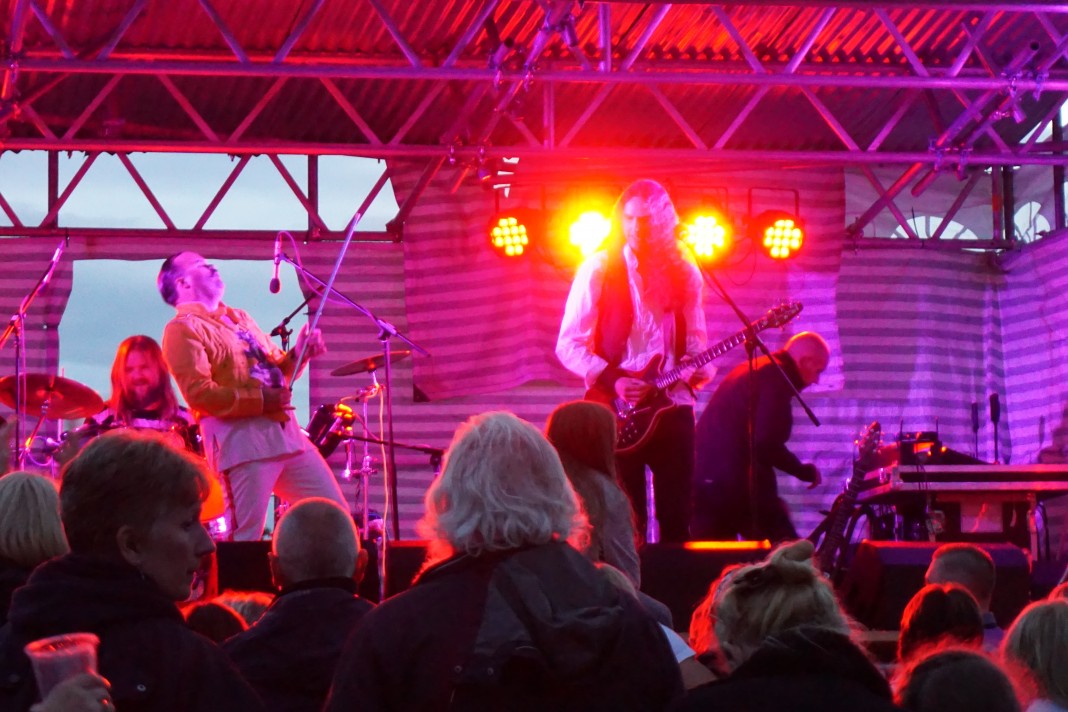 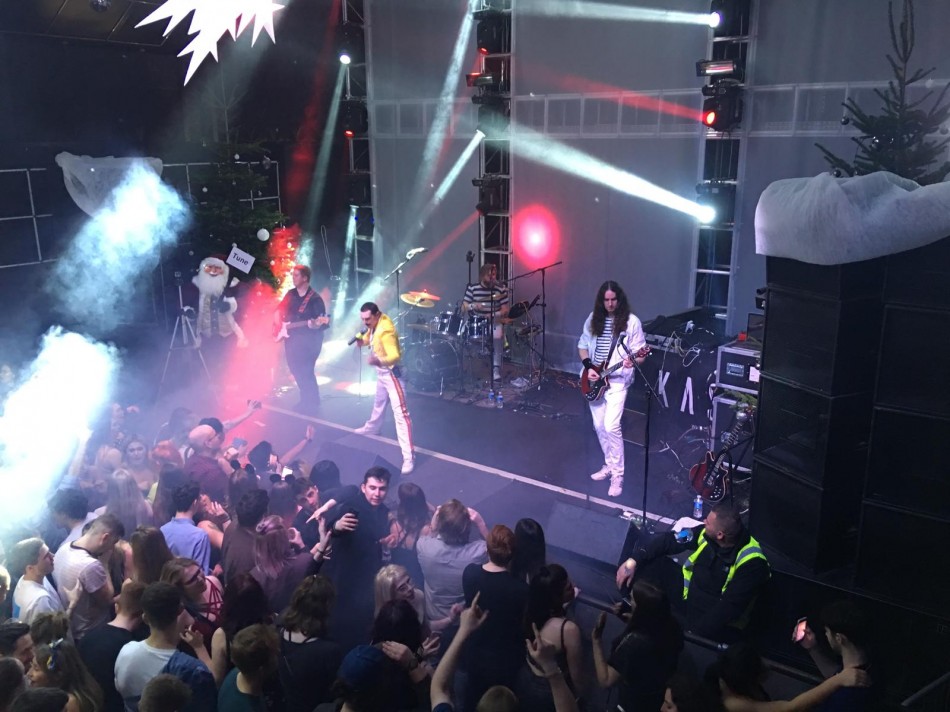 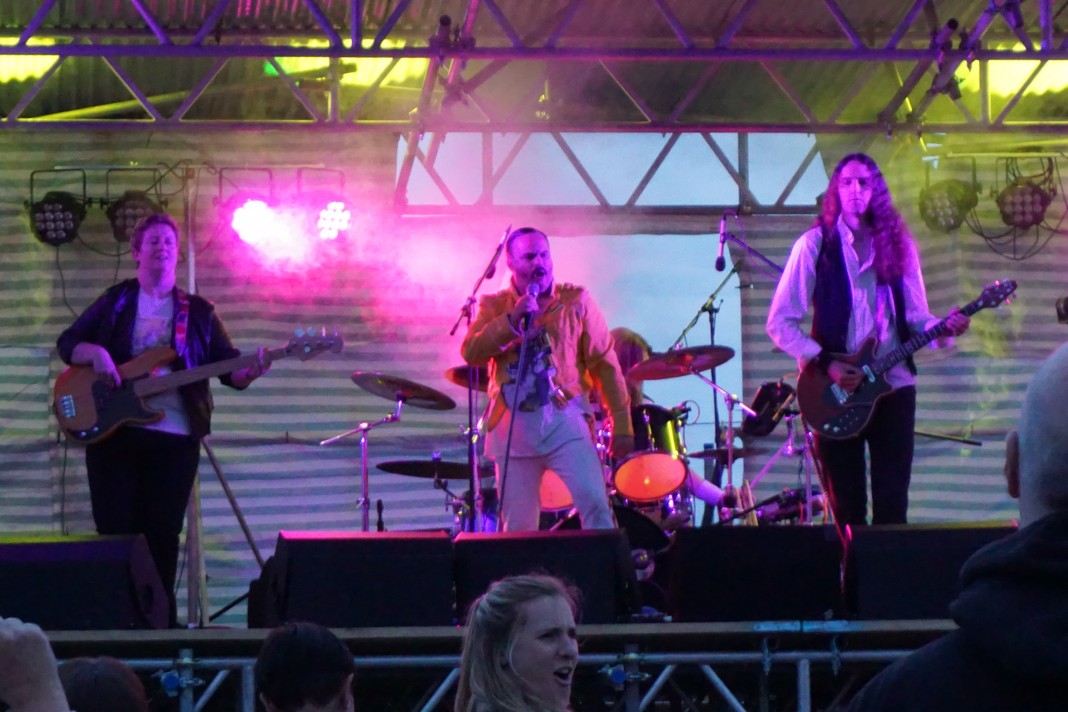 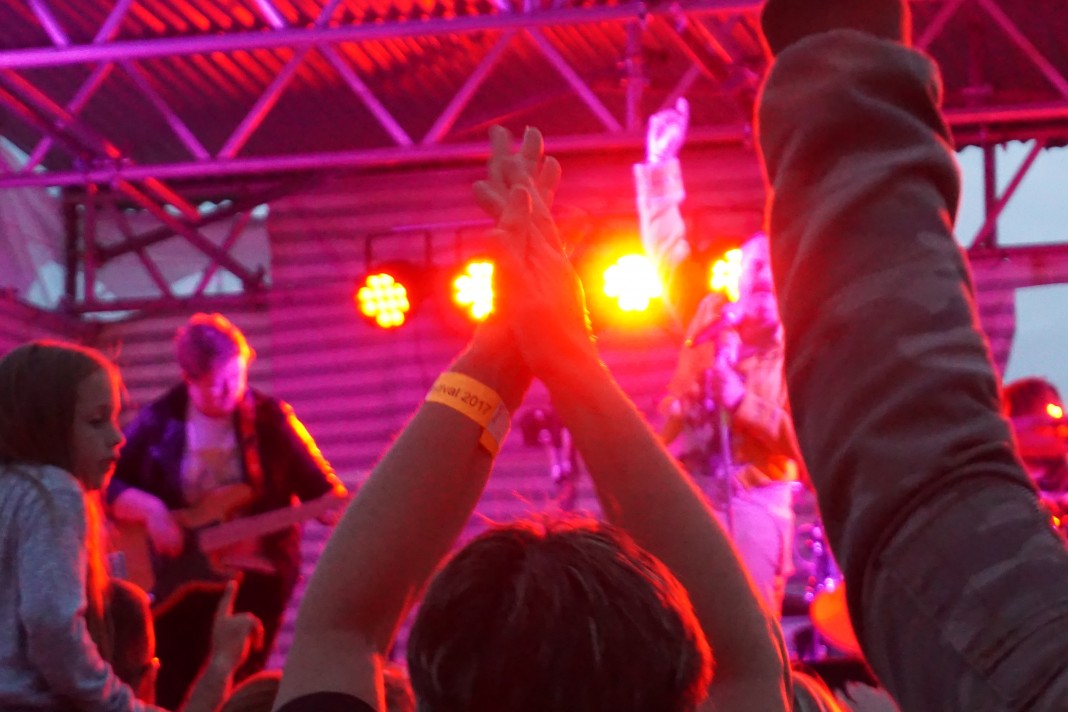 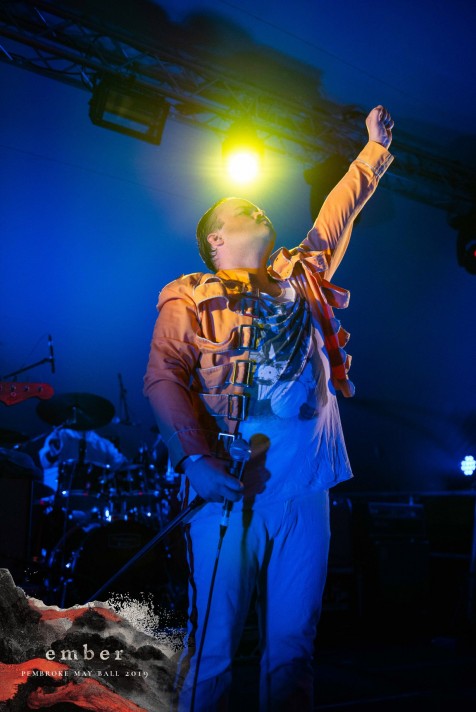 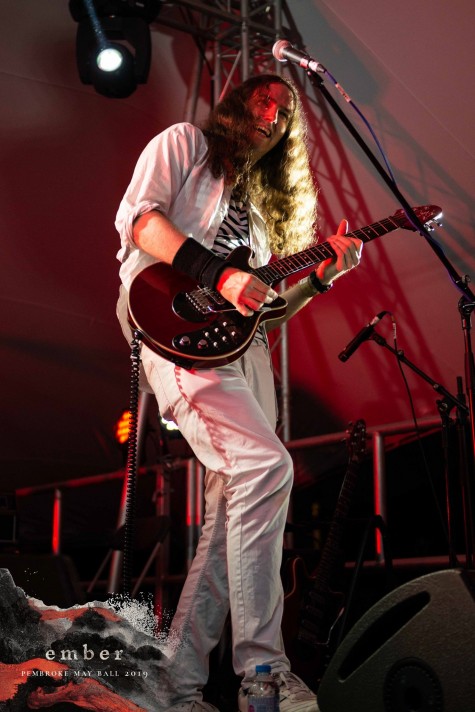 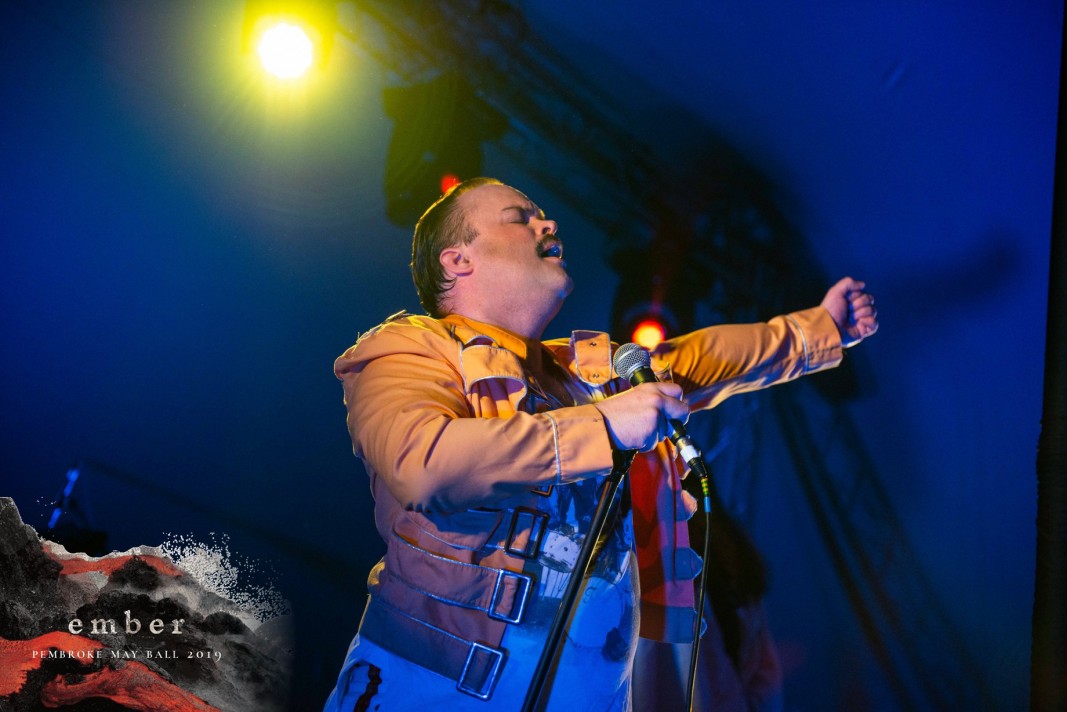 Queen Heaven is the definitive Queen tribute band in the UK! The show must go on when Queen Heaven take to the stage with their homage to Freddie Mercury and his legendary ensemble.

Queen Heaven are a truly authentic Queen tribute who take you through all the eras of the legendary band's rush to stardom. Performing as a 4-piece to recreate the legendary line up of Freddie Mercury on piano and vocals, Brian May on his Red Special guitar, Roger Taylor on drums and vocals and John Deacon with his intricate bass, Queen Heaven rely on nothing but their own thrilling sound to produce every well-known chart topper and rock anthem - no Queen audio is reused. Every note you hear is a live and earnest reproduction of the legends.

As well as the heady rock anthems of the 70s like "Bohemian Rhapsody" and "Somebody to Love" to the exciting 80s pop hits of "Flash" and "Radio Ga Ga", Queen Heaven cover the band's later years, so there's no missing out on the full range of exciting styles pioneered by the thrilling London musicians.

Queen Heaven's lead singer has performed professionally for over 20 years, touring Europe, East Asia, America, and the London West End working alongside ELO, The Temptations, The Damned, Hawkwind, Marsha and many more - performing for Jack Dee and His Royal Highness Prince Charles. This is a Queen tribute worthy of royalty!

Backing Freddie is a lead guitarist and vocalist of twenty years' experience who has written and produced several original albums. He, too, uses an old sixpence on his 'Red Special' for the perfect Brian May sound. Holding the vocals, piano, guitar and drums together is the intricate Deacon bass, completing the peerless sound of Queen for this incredible live show.

Queen Heaven provide playlist music between sets, keeping the whole night on a high, and will learn your first dance and a special request (song dependent or any new Queen song that is not already posted in their repertoire). A high-quality PA, suited to 1,000 guests, and intricate stage lighting is all included as standard, and there's an optional disco to 1am if you just don't want to stop!

For a Queen tribute who'll rock you like no other, Queen Heaven are the only answer! Book this fabulous band early so you don't miss out.

"Eeeeeooo! Queen Heaven were literally amazing!They rocked our wedding! We had a small number of guests but every single guest commented how the band sounded so much like queen. You made our wedding the most unforgettable night with the best memories. Communication was excellent throughout. The guys in the office at Entertainment Nation were professional and polite and always answered any questions I had straight away. Thankyou so much guys"

Lou & Andy - Wedding
"In the last hour of the ball, between 2am and 3am, Queen Heaven provided a fitting end to a wonderful night. A great tribute band makes a ball great, and Queen Heaven were just that. The number of people stumbling home humming 'We Will Rock You' showed how popular the band were."

Corporate Event Band
"Just to say thanks for Saturday night. You guy's were fantastic, we had a great crowd of just over a thousand and just about everyone agreed that you lived up to your headline billing. We wouldn't hesitate in having you back again & would certainly recommend you!"

Live Tribute Band
"Queen Heaven played at Christ's College May Ball 2018, on our First Court stage. They were one of the highlights of the night for many of our guests; their singer mastered Freddy Mercury's vocals impeccably and the guitar performances were spot on. What's more, they were so easy to work with: on-time, really easy to communicate with, and performed their set without a hitch. If you're planning an event... dream clients!"