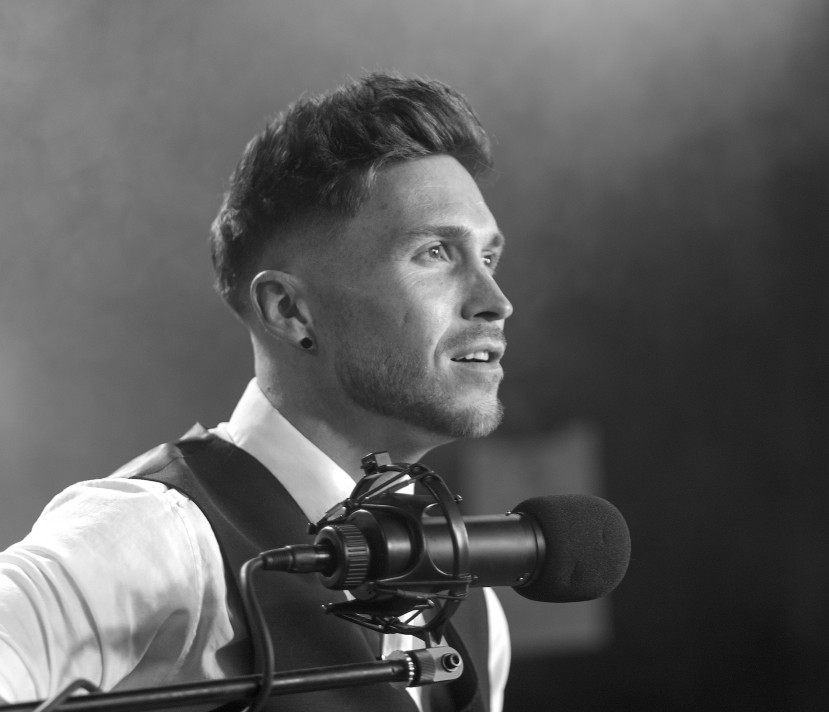 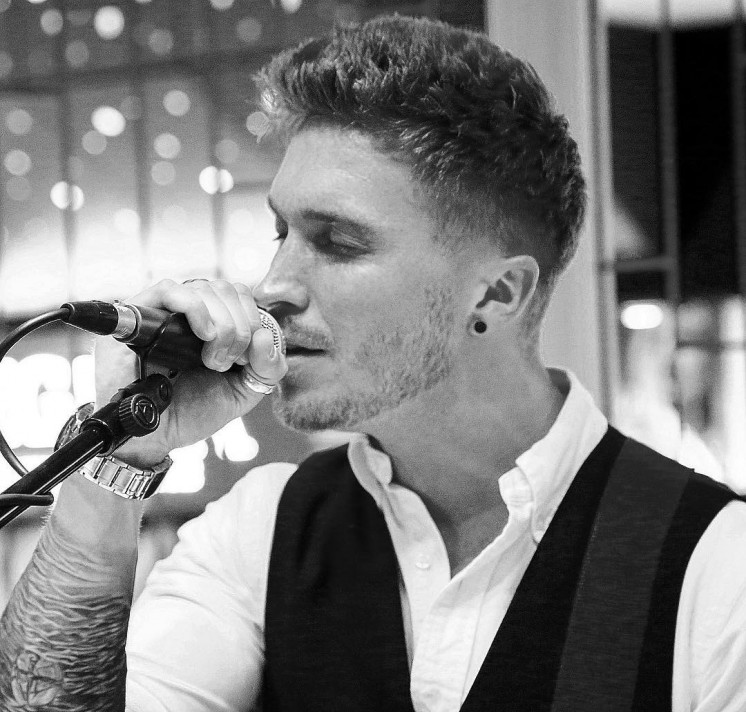 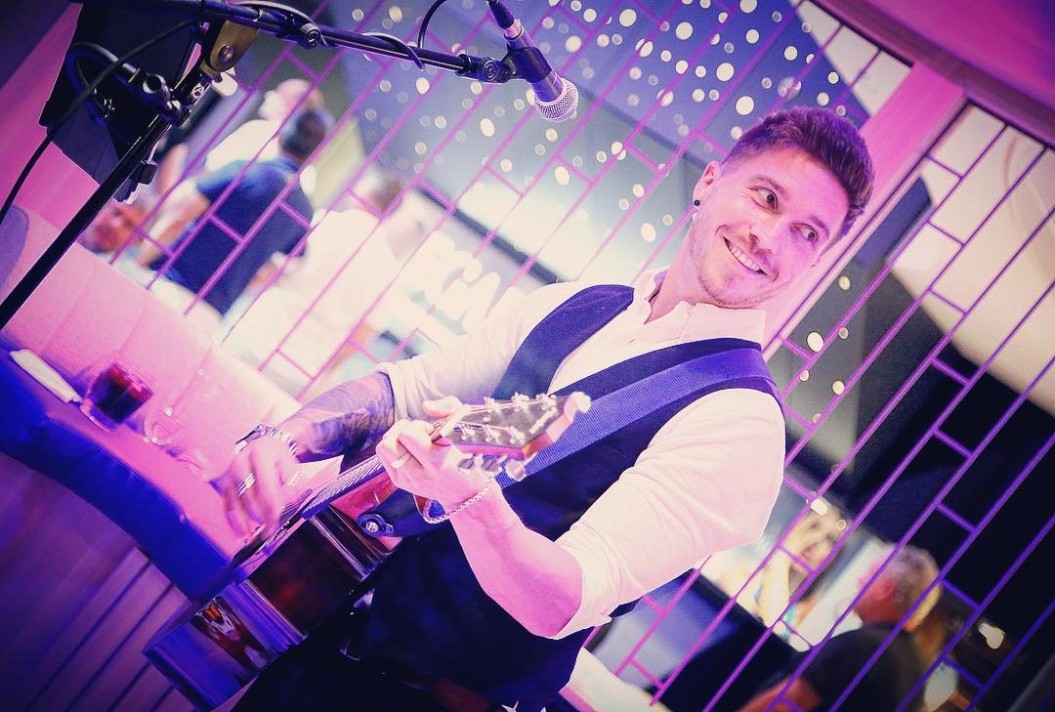 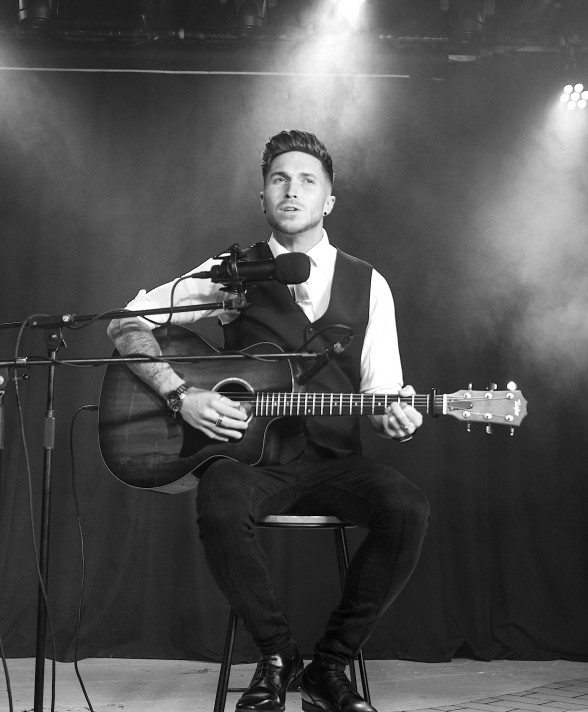 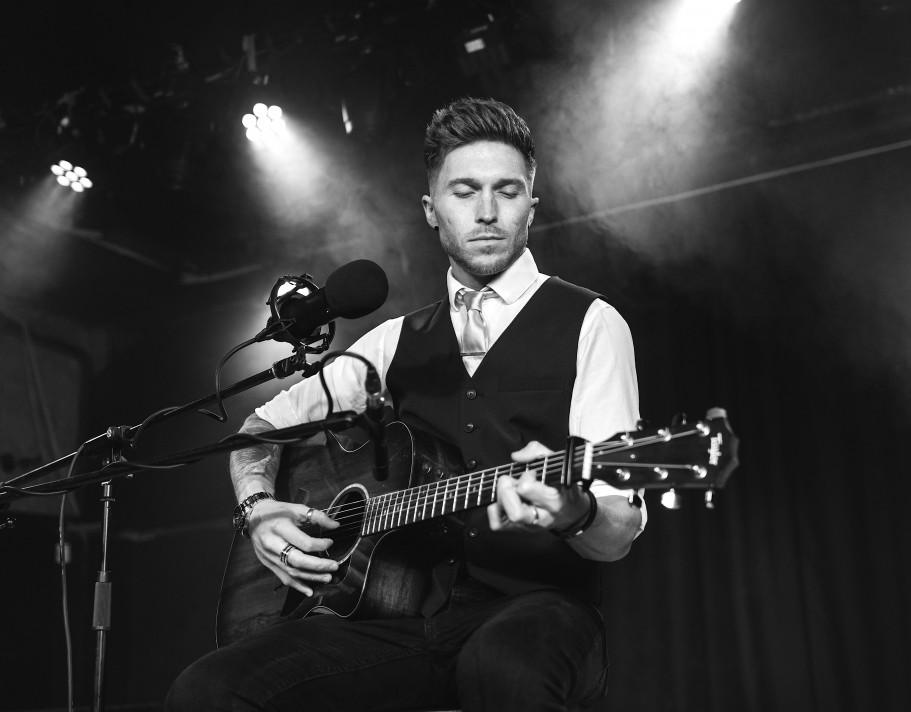 Kiki James is a captivating solo singer-guitarist whose enticing vocals and slick performance make him the perfect all-round entertainer! Whether you want a magical accompaniment to your wedding ceremony, ambient live music for your cocktails and canapés or a thrilling evening on a packed dance floor, you can't go wrong when you hire this exceptional artist.

With a repertoire of over 2000 pop, rock and soul songs in Kiki's repertoire, it makes it easy for you to request songs of your choosing for your event. In fact, if he doesn't already know the tracks you want to hear, he'll learn three songs for you as standard to help make your day extra special! So whether you have a dream song you'd like to walk down the aisle to or would like an intimate first dance experience, Kiki can make it happen.

With over three thousands gigs under his belt and over 13 years of experience, Kiki James has mastered the art of lounge-style performance. He's spent most of the last eight years at sea, as Royal Caribbean International's leading acoustic lounge entertainer. He's played as a cast member in the Tenors Of Rock live stage show, at post-match events at Southampton FC and Twickenham stadiums and at the Winter Wonderland Festival in Hyde Park. He's provided live music at the Corinthia Hotel, 45 Park Lane Hotel & Coworth Park Hotel too!

While he's taking a much-needed breather, Kiki James provides a playlist DJ service between sets and he'll bring all his own PA and lighting equipment. He'll even let you use his microphones for speeches if needed!

This impressive musician gets booked up fast so enquire now before it's too late!

"Kiki James performed for our wedding and sang me down the aisle. He was professional, dedicated and even made sure we were happy with the sound, set lists and musical arrangements prior to our big day. We were thrilled to have acoustic pieces of our choice played too, and it couldn't have worked better in our venue. He was always ready to answer any question and be flexible to ensure we (and our guests) would be truly delighted with his work. Thank you for the exceptional performance which will form memories of a most treasured part of our special day."

Joanne - Wedding - Hampshire
"Kiki James learnt and sang our ideal first dance song, in the specific style, just as we had imagined it. He was extremely helpful in organising the appropriate sound equipment before he travelled to the States. The whole party was thrilled with his selection of music and his willing to keep the party going. He absolutely helped make our special day as special as it was."

Callum - Wedding - California
"A very talented young man who can capture the room. A fantastic voice and great personality. He plays guitar and sings a variety of songs including country music new and old. It was a pleasure to meet him and he made our Transatlantic cruise a real blast."