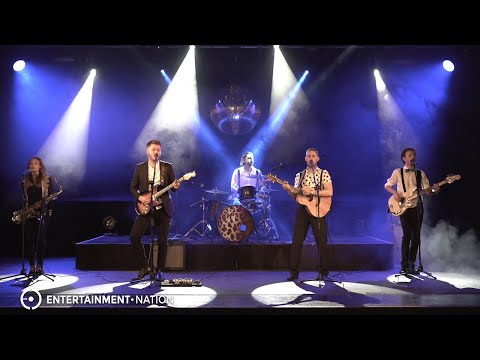 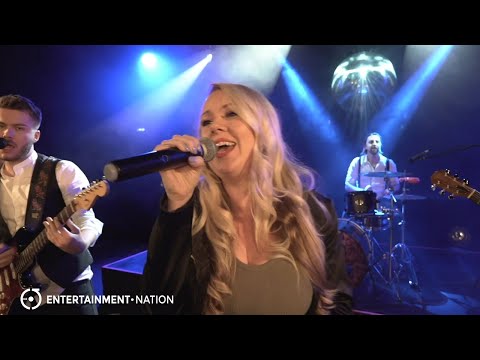 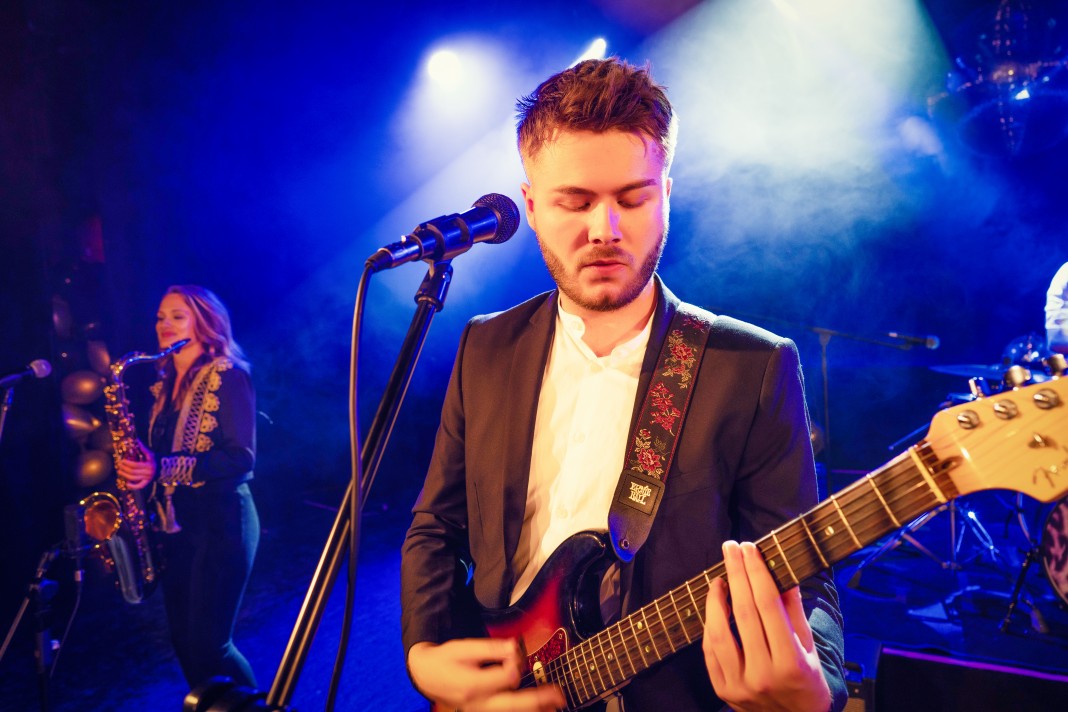 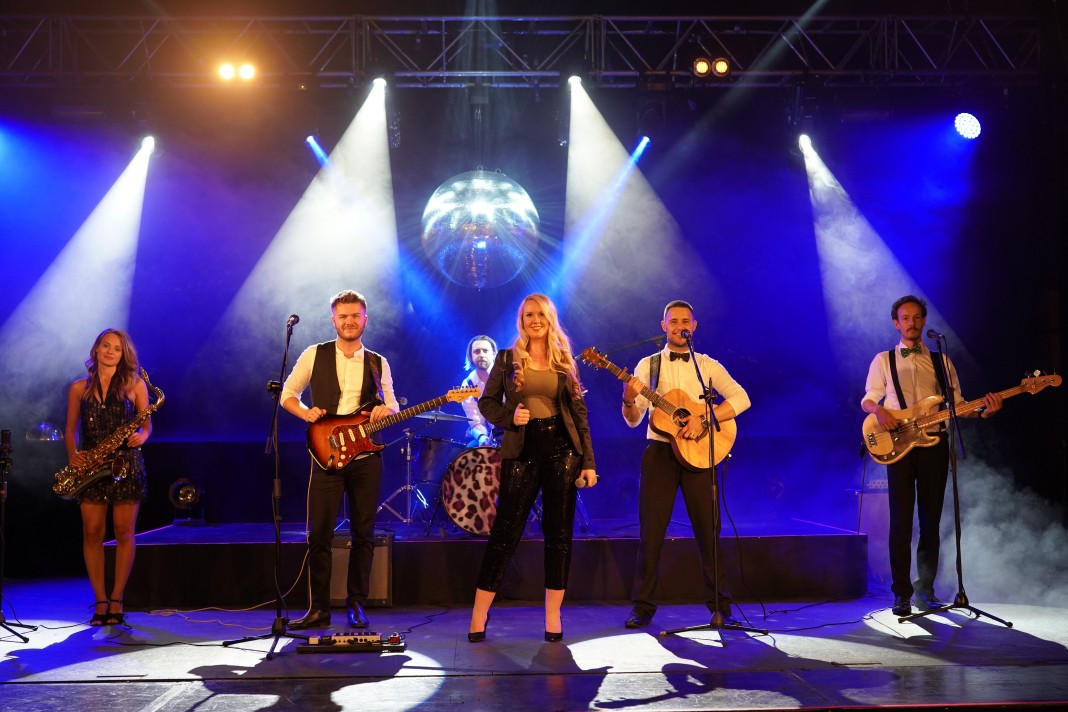 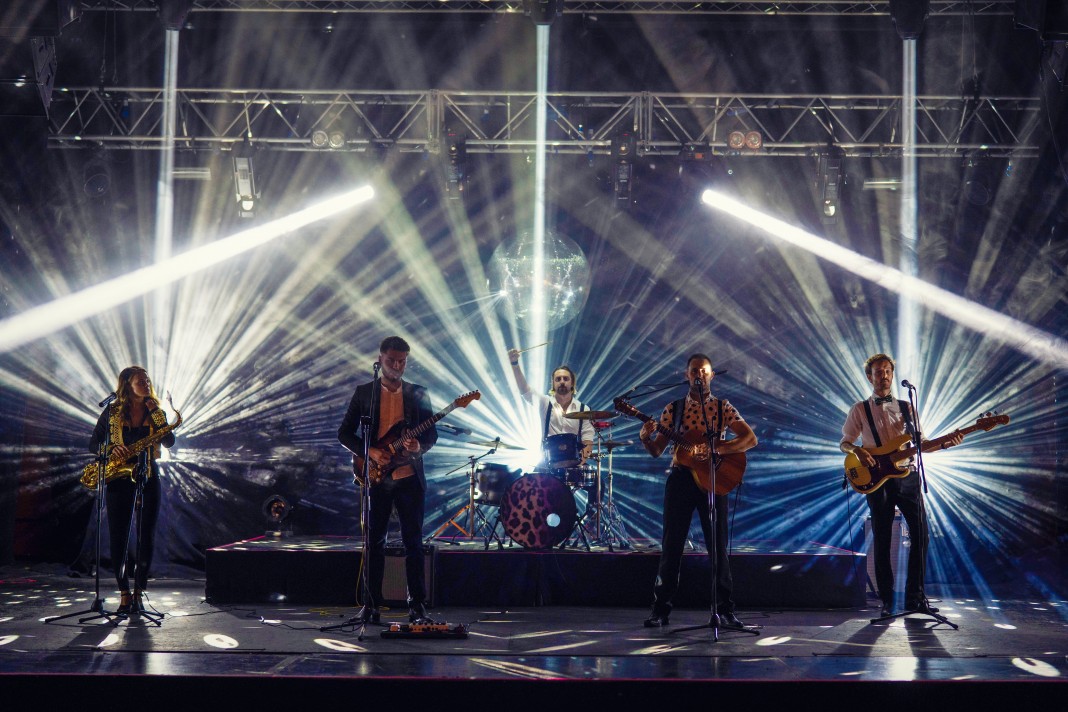 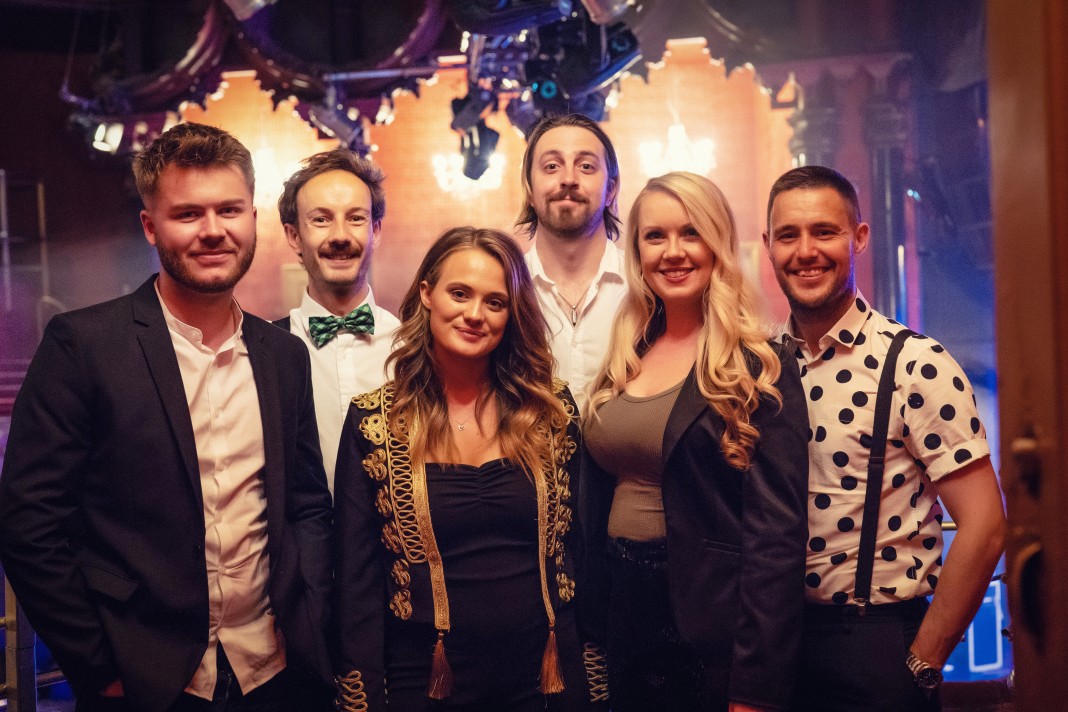 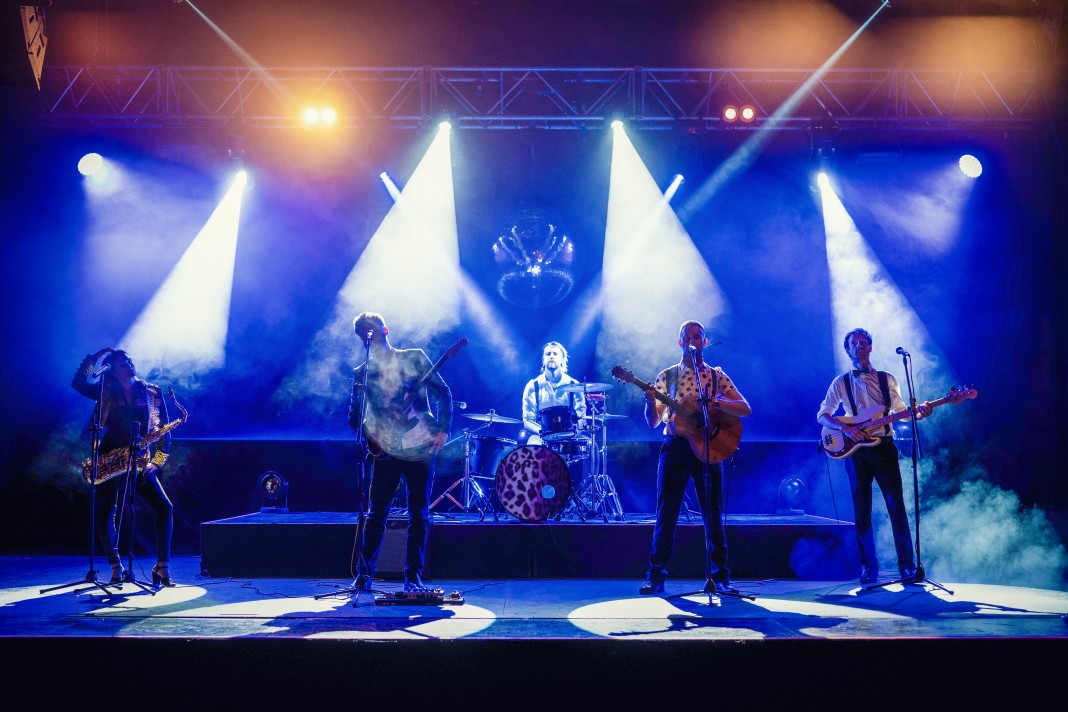 If you're looking for a band to storm the stage, fill the dance floor and throw everything they have into their performance, then Jumpstart are your band!

This Cheshire-based 5 to 7-piece band are show-stopping to say the least. Their killer repertoire has something for everyone with modern chart-toppers from Lizzo and The Script, nostalgic 90s from Jamiroquai and Take That and even songs from Bill Withers and The Beatles. Golden rock n roll hits, well-loved Motown numbers, RnB club classics and modern pop anthems - with Jumpstart, you'll be dancing non-stop.

As well as priding themselves on their extensive catalogue of party-starters, Jumpstart have a wealth of experience on stage. The band's two frontmen are charismatic, natural performers who've spent their musical careers perfecting their craft at festivals, arenas, weddings, theatres, clubs and more, both worldwide and on home soil. One of their singers has also been spotted on The UK's X Factor.

Two exceptional vocalists and guitarists backed by a talent-soaked backline band of bass, drums and sax - it's no surprise Jumpstart are so in demand. They're line-up is also flexible with options to swap their saxophonist for a keys player, to add a synth-y sound to their show, or you can simply add keys to the line-up to make a wow-worthy spectacle for you and your guests.

You don't need to stop there! Add a captivating female vocalist to the mix to enhance their already astounding versatility as they create awe-inspiring 3-part harmonies.

For those of you looking to have entertainment throughout your day of celebrations, Jumpstart offer both 3 and 4 piece roaming sets, where their expert entertainers roam freely through your guests to create a light and bright atmosphere whilst building the anticipation for their evening performance. Acoustic duo sets are also available for wedding ceremonies to set the romantic mood for your special day.

To top things off nicely, Jumpstart come with everything they need to perform...yes, everything! They bring PA, lighting and a playlist DJ service to leave running between their sets to keep the dance floor pumping. You can upgrade this to a manned DJ service to allow your guests to request songs on the night. All this plus Jumpstart will learn a special request that doesn't already feature on their ever-expanding repertoire.

Don't hesitate to secure the hottest band around! Jumpstart get booked up fast!

"We couldn't be happier with our choice of wedding band. Genuinely the best decision we made for our wedding reception. Jumpstart just made the night of much fun and everyone was dancing, which was exactly what we were after. They were so organised and professional but equally so friendly and easy to work with. I'd recommend them in a heartbeat! I'm praying one of my friends book them for their weddings - I want to see them all over again! Thanks so much, Mr and Mrs Stevens."

Harriet and Liam - Wedding - Nottinghamshire
"Professional from the start - we were very impressed with Jumpstart. We have a company event every year and by far it was the biggest success thanks to their amazing music and interactive performance. They seemed like they were having just as much fun as we were and we hope they did have a great time. It was a pleasure to have them and we'll definitely be using them again! All the best and thanks again."

Stuart - Corporate - Manchester
"Wow. What can I say? This band had EVERYONE dancing all night from start to finish and I would not have had any other band to play our wedding! I can not believe how professional, polite and reliable these guys were. Ant was really easy to deal with and responded to all of our questions very quickly.. It took us over three years to organise our wedding from start to finish.. and like anyone we wanted to get it just perfect! So it was really comforting knowing that we could make changes and update our plans with such amazing management. Will be booking again!"

Claire and Peter - Wedding - Cheshire
"I wanted my 30th party to have something special and my word did they deliver... I still have all the songs in my head from the fantastic set they did! We chose to add the female vocalist too and I'm glad we did as the whole band blew us away! Thanks so much for the best night of my life!!'