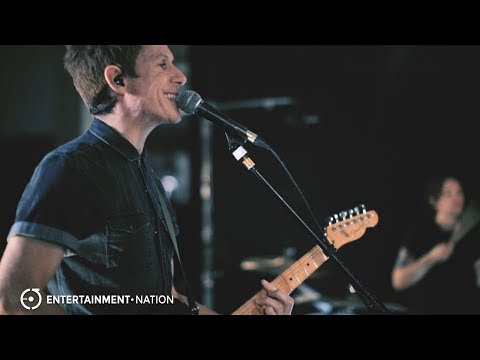 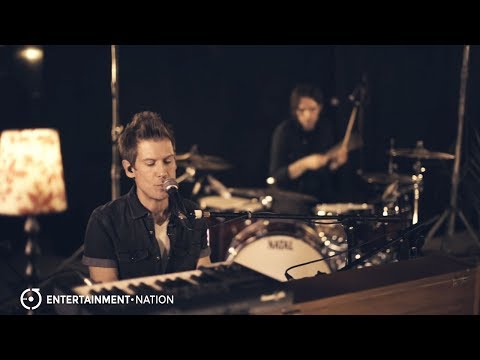 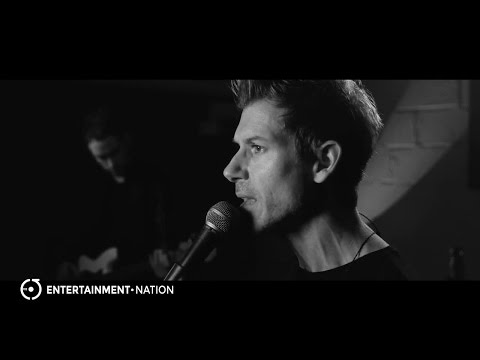 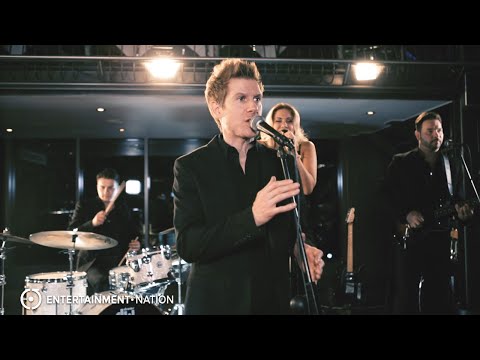 Husk - Shut Up And Dance 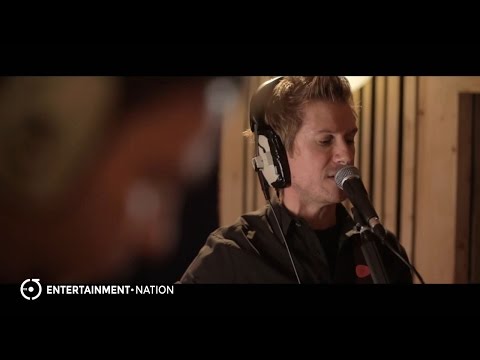 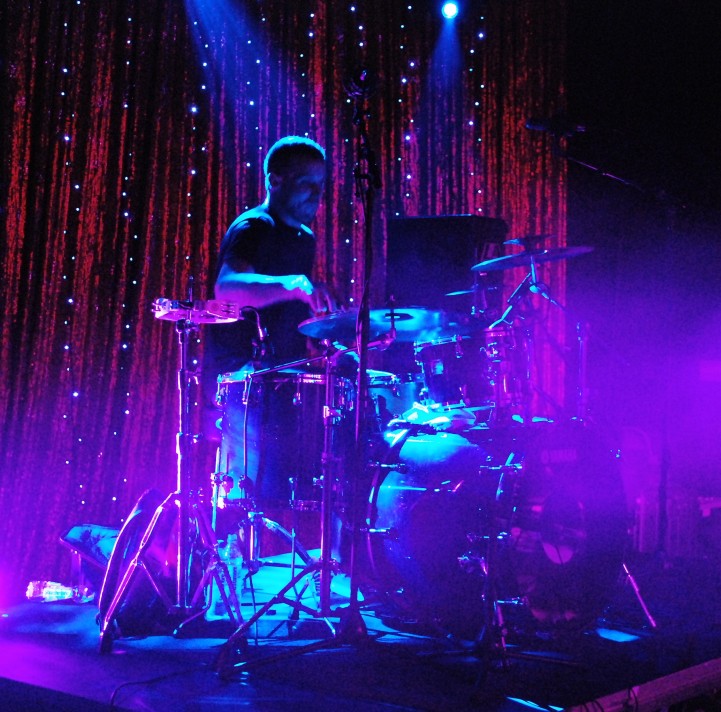 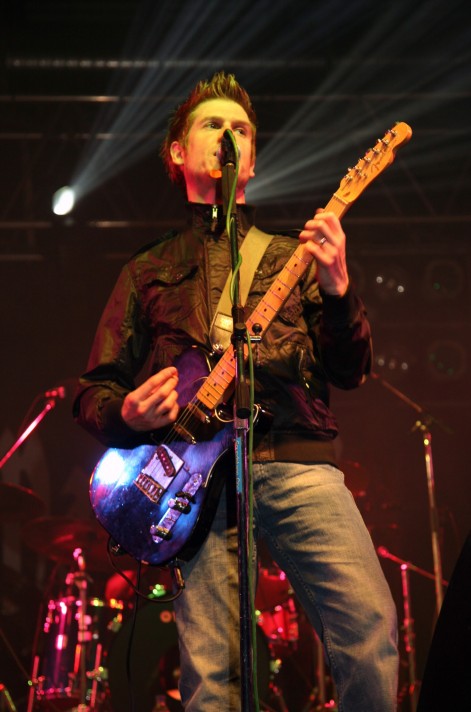 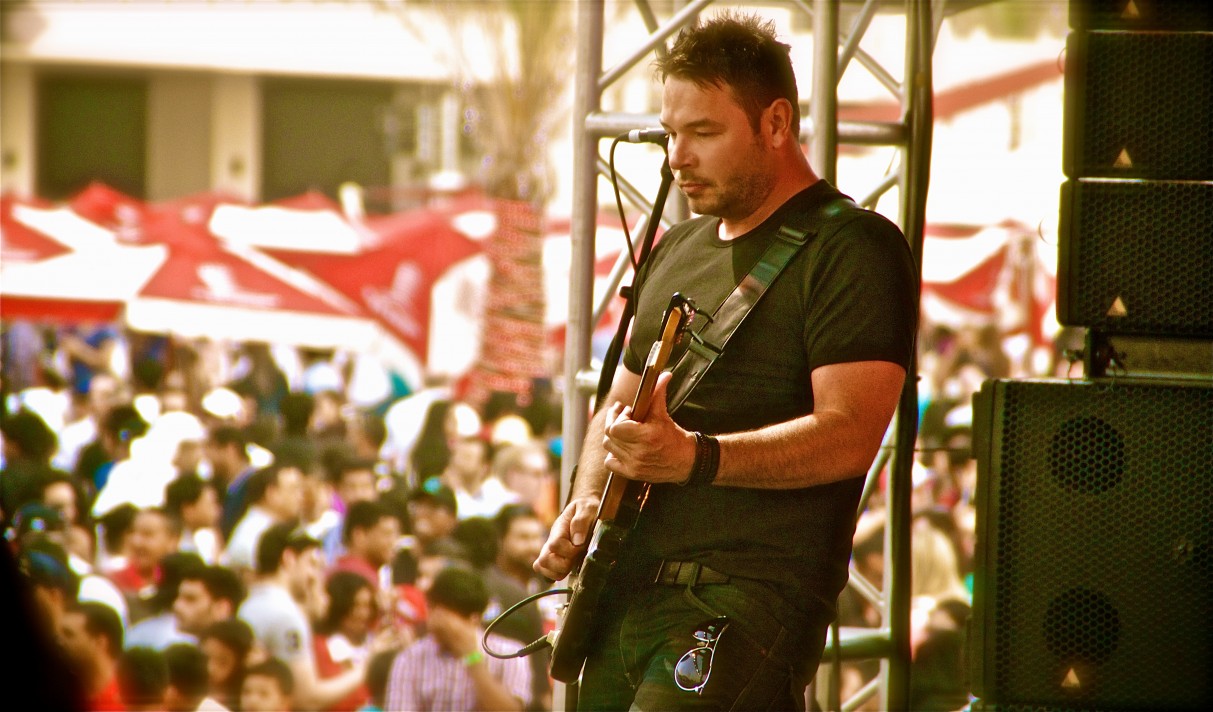 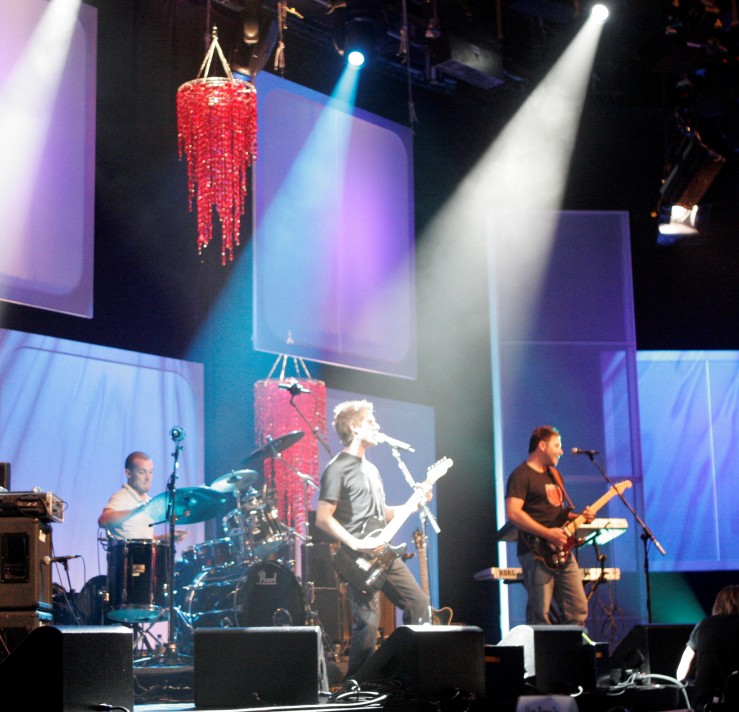 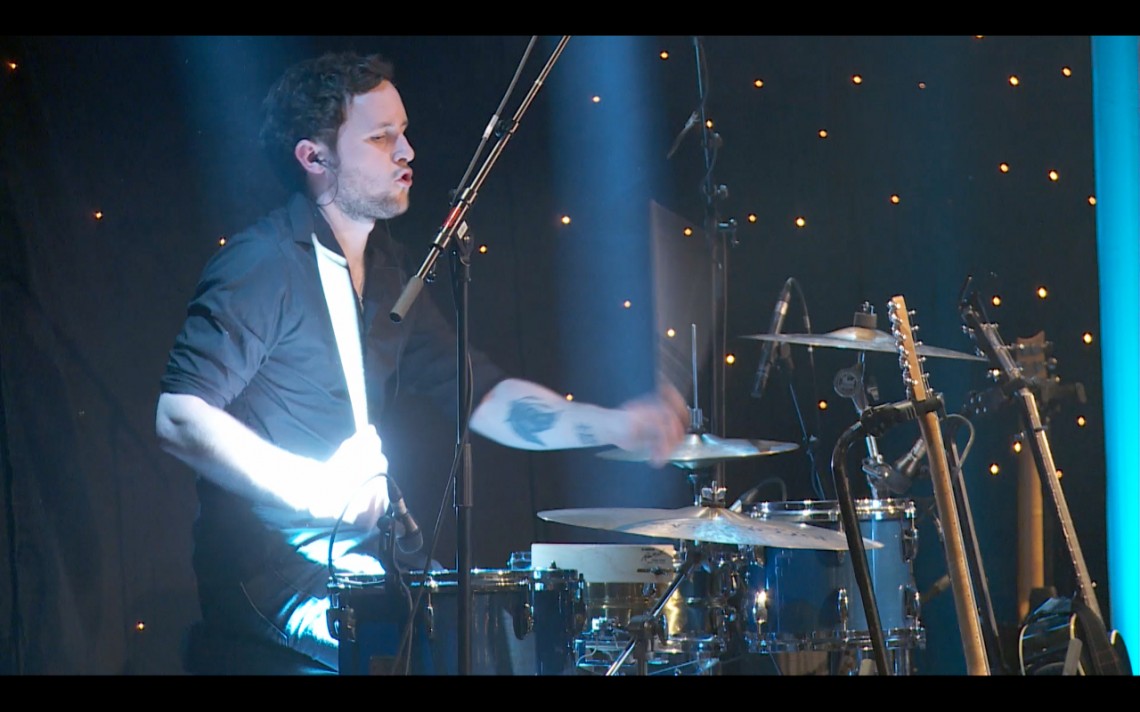 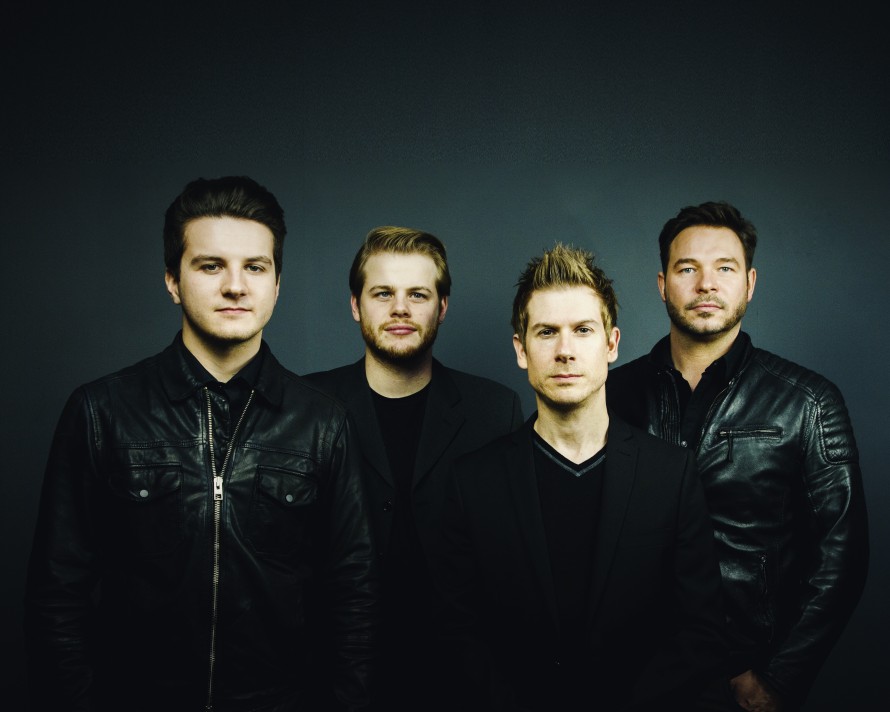 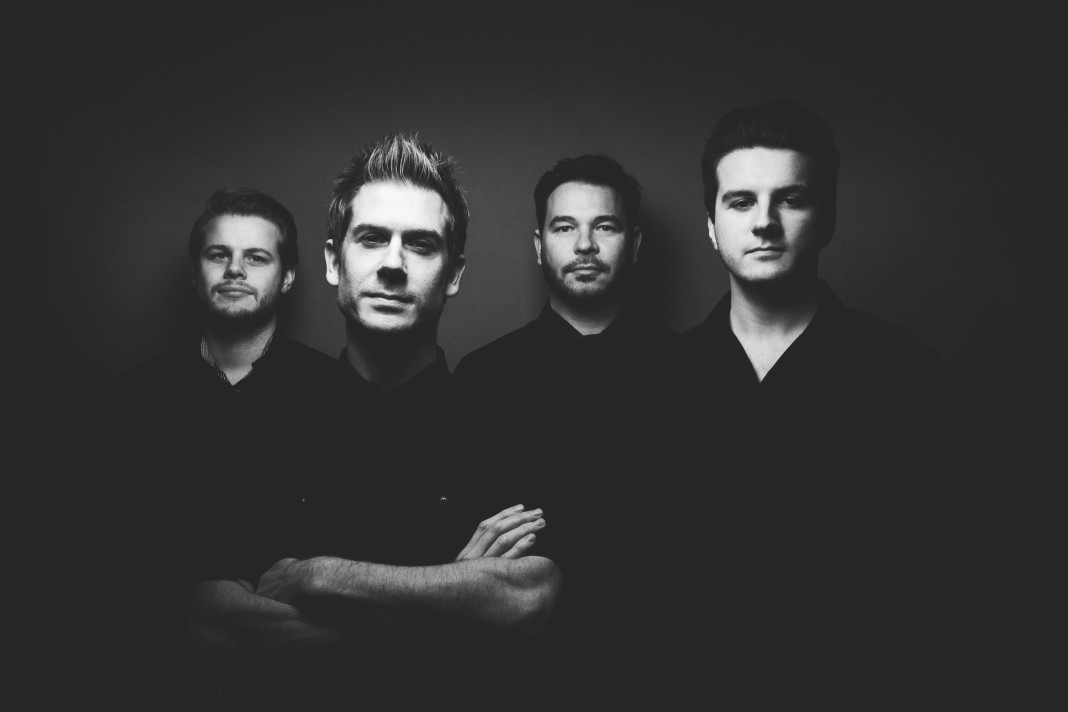 Husk are renowned as one of the best rock, pop and indie cover bands available in the UK. An all-action, 4-piece, male-fronted band, Husk deliver a knock-out selection of massive hits from the likes of Oasis, Coldplay, Bruno Mars, The Strokes, Red Hot Chilli Peppers, Jessie J, Rod Stewart and many more. If you're looking for a band to rock your reception, Husk are the band for the job: your dance floor will be heaving with guests pulling out their best moves and belting out anthemic tunes at the top of their lungs!

Why are Husk so good you ask? Two words: talent and experience. Each member of the band is a phenomenal musician in his own right. The gravelly, rock-inflected tones of their sensational lead singer, the scintillating lead guitar licks and the tight, driving power of the rhythm section combine to form a jaw-dropping live sound. Thanks to over a decade performing together, the boys from Husk know each other inside out, meaning they give a polished, seamless performance every time they're on stage.

Husk have an impressive musical CV: as well as blowing away audiences at countless wedding, corporate events and private parties, the band have travelled the world performing at huge events such as the F1 Grand Prix in Bahrain, the ITV Awards, The Carlsberg Festival and the TIGI Awards. Husk have worked with enormous artist including The Who, Take That and Olly Murs and have appeared at prestigious venues like The Millennium Stadium, The NEC and The Gherkin. The band has a formidable list of past clients, who include BMW, Cadburys, Disney, the RAF, the Royal Navy and the Royal College of Music. With such an illustrious background, you know you can count on Husk to deliver the goods at your event.

When Husk arrive at your venue, they come fully kitted out to deliver a live show of the highest standard. The band provides professional PA and lighting equipment and offers a manned DJ service as standard. Husk are also happy to learn a special request for your first dance (or for any other reason).

It's easy to see why Husk are always in such high demand - book them today to avoid missing out on this incredible band!

"We were really pleased with the service received from Entertainment Nation with regards to our booking. Communication at the time of booking was great and ease of booking (electronic contracts e.t.c) made sure everything was smooth. As the wedding approached (booked 2 years in advance!) EN were helpful and the band got in touch to arrange final details as promised. We wanted a 'real' band for our wedding - a band which played the music we liked, not just typical wedding music! When we saw Husk in EN we knew had to book them! Husk were the very first thing we sorted (booked before we even booked the ceremony!) and they didn't disappoint. Their set list is vast and contains songs from many different genres of music. All of our guests have commented on how good they were and the dance floor was full all night."

Louise and Phil - Wedding - North Yorkshire
"Just a quick note to let you know that Lewis and the band were incredible on Saturday night! The dance floor was packed from start to finish and we really didn't want the night to end. Such talented musicians and so many guests commented the next day wanting to know where we had found them. They were also super chilled and low maintenance when it came to the admin which adam and I were really grateful for. And it was great to have them stay on for a few drinks drinks afterwards. Defo worth pointing out that they found it super easy to come over to the island for the night. Thank you for all your help as well. We had a really magical day!!"

Lizi N - Wedding - Isle Of Wight
"LOOK NO FURTHER THIS IS THE ONE!!!!! We hired these guys to perform at our wedding saturday 01.09.18. We found rich, lewis and the guys to be amazing musicians very talented, but most of all down to earth, approachable, friendly, all round nice guys. The band was setting up as we had finished our meals speeches etc they were quiet we didn't even hear them! Husk performed our requested first dance song to perfection. And then continued to fill the dancefloor all night with a very impressive range of song choices to suit all ages. Loads of our guests commented how good the band were. What they was called etc. The band were punctual arriving when they had arranged to do so. They played all of our requested song choices which was mostly on the rockier side and appeared to enjoy doing so. If your looking for a crowd pleasing amazing sounding/looking band don't look any further you will not be disappointed these guys know how to party. They read the crowd and get everybody on the dancefloor.... Mr and Mrs Lamb"

Live Band Review
"I would just like to extend my personal thanks to 'Husk' for being absolutely superb at our wedding. They were brilliant from start to finish, very professional and more importantly are all very talented musicians and a great band. They played the playlist I requested in full which was on the rockier side of things and seemed to really enjoy doing so. They even learnt a couple of tracks especially at my request which were brilliant. I have had a lot of comments on how good they were from guests, and the dancefloor was full all night which pretty much speaks for itself. Don't hesitate to book these guys up!"

Wedding Band Review
"This is the second time we've used 'Husk'. First was at a wedding and second was at my husband's birthday party in our garden. Both times, we've been amazed at how these guys get to know the crowd and work with them to make sure everyone is having a great time. All I've had after the party is...."the band were amazing!" Apart from the brilliant song choices, the highlight for us was when one of the band made a boys dream come true by letting him play guitar with them on stage. A moment he and his family will never forget. Rich and his band were polite, punctual and answered every possible question we needed to know to make our day go off so smoothly. We will definitely use them again and so will our friends in the future. Thank you so much for an epic day!"

Live Band Review
"Husk were simply amazing. Izzy at Entertainment Nation dealt with all our enquiries quickly and kept us in the loop at every stage. Rich from Husk was amazing - got in touch nice and early to confirm everything with us and gave us a copy of the set list which was tune after tune! They let us use their microphone for the speeches and bent over backwards to make sure everything ran smoothly. They played our first dance amazingly; we simply couldn't have asked for any more from them. Banging tune after banging tune kept everyone up on the dance floor all night long! Professional, courteous and they looked like they we're enjoying the night as much as we were. I would recommend them to anyone. 5/5!!"

Joshua - Wedding - Staffordshire
"Thank you so much for all your help at Entertainment Nation, your composed and professional approach was really refreshing and Husk are phenomenal !!! They pretty much blow everyone away with their playing, so professional, the play list was virtually all the songs I had requested from their hits list. They arrived on time, started on time and delivered everything I expected and more !!!! Thank you for all your assistance, we will definitely be using Entertainment Nation again, until the next time..Keep on ROCKING !!"