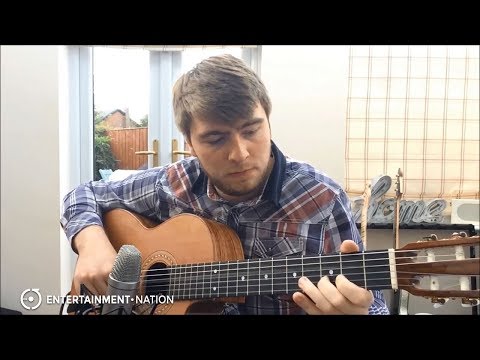 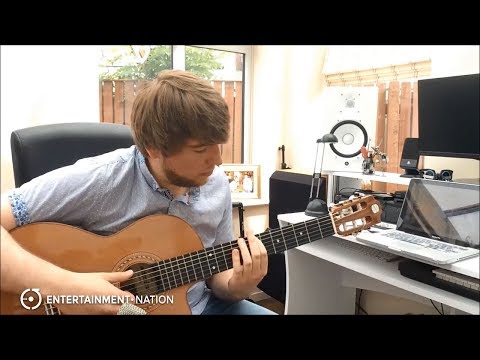 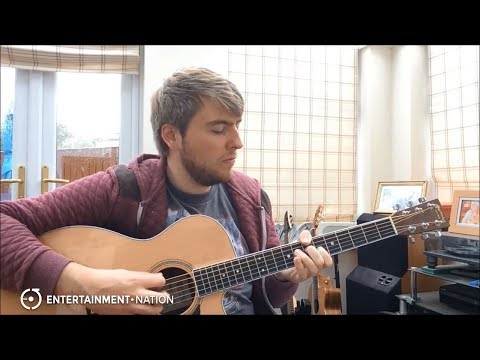 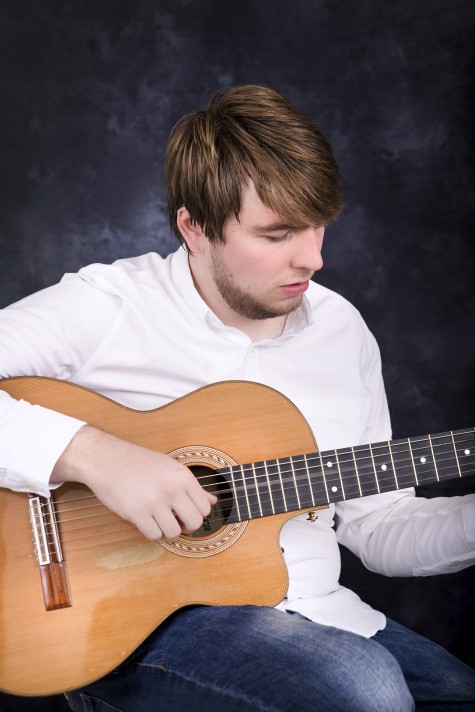 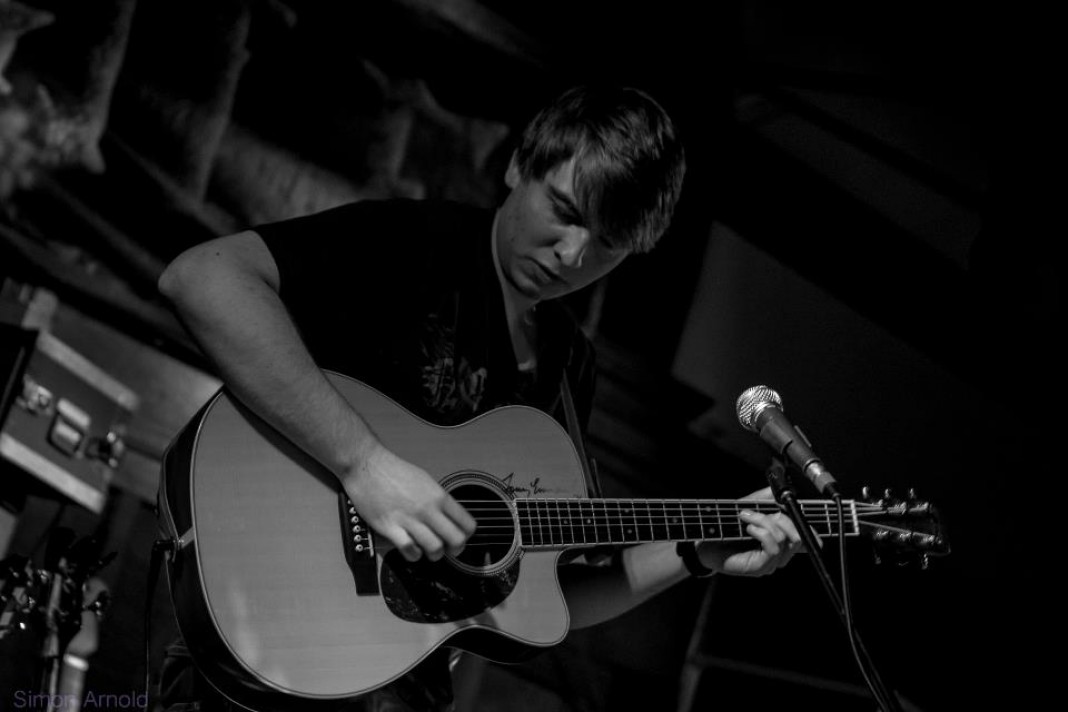 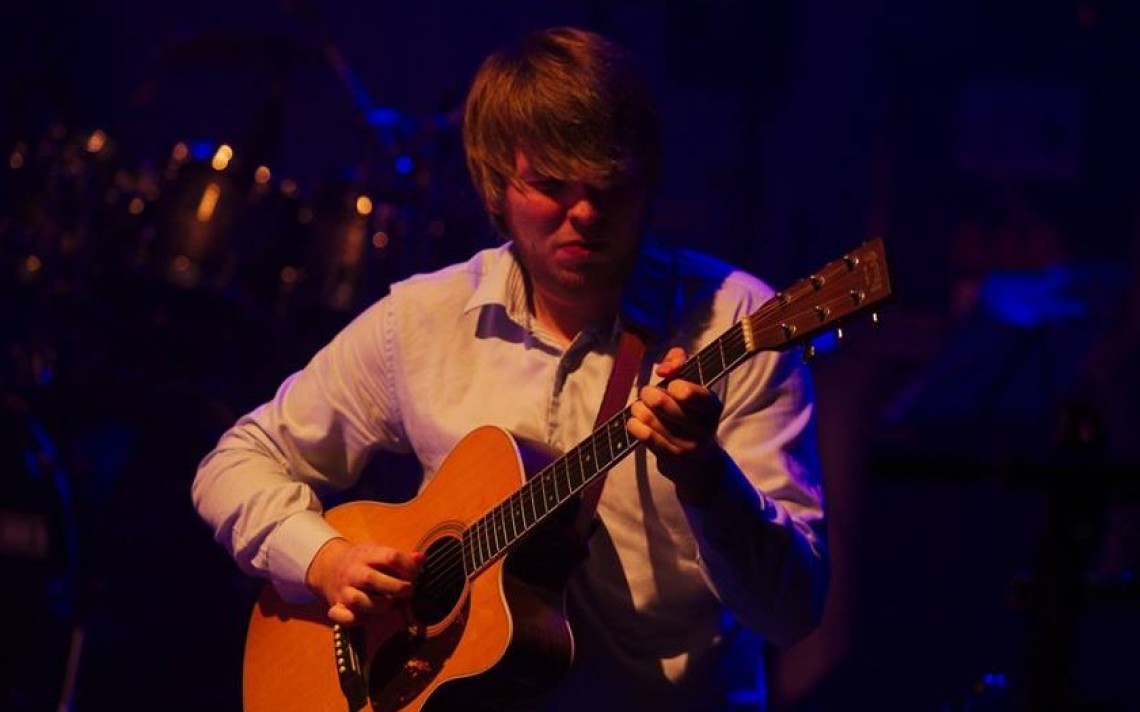 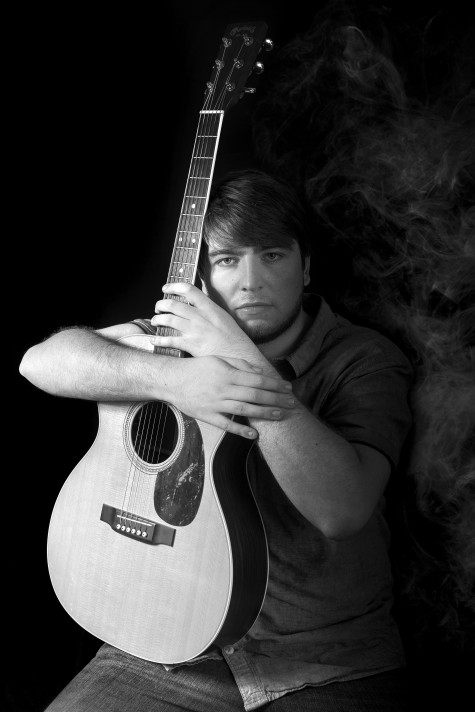 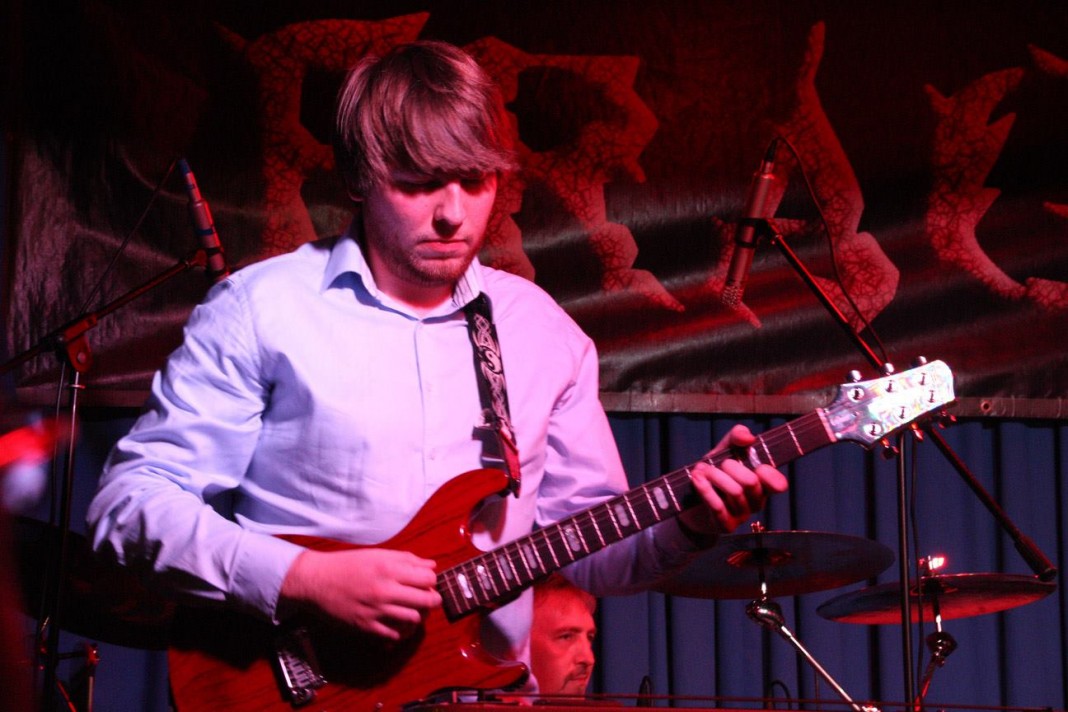 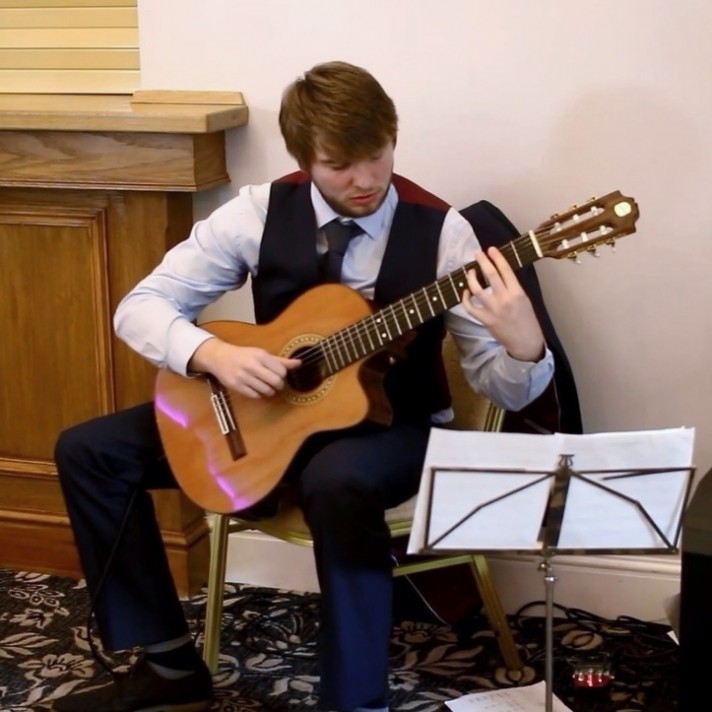 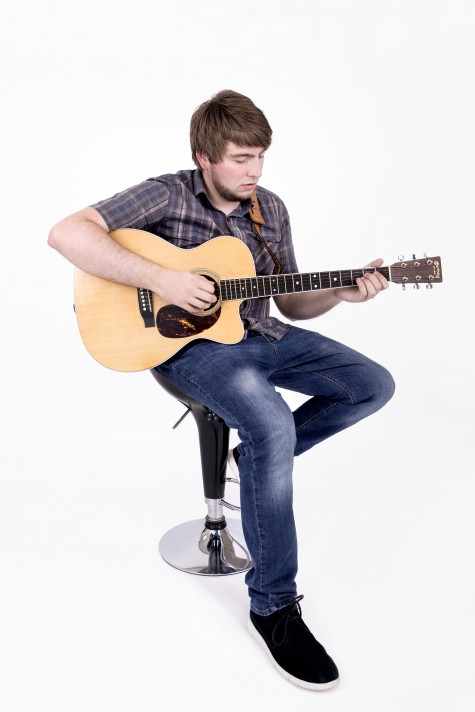 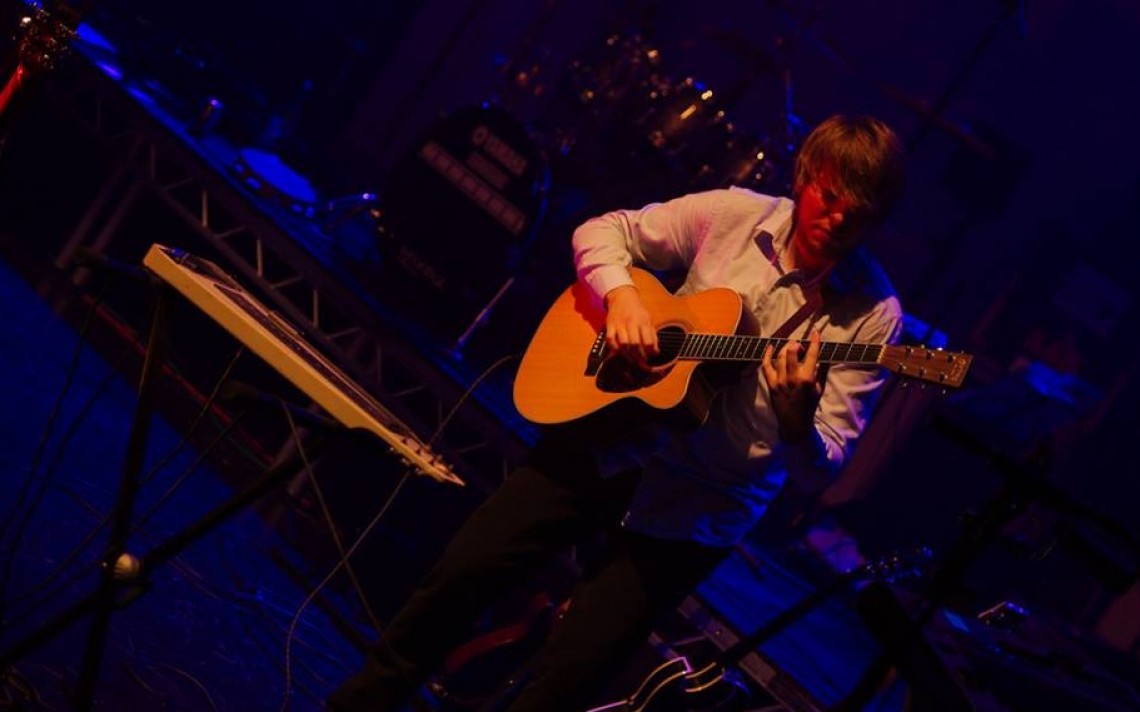 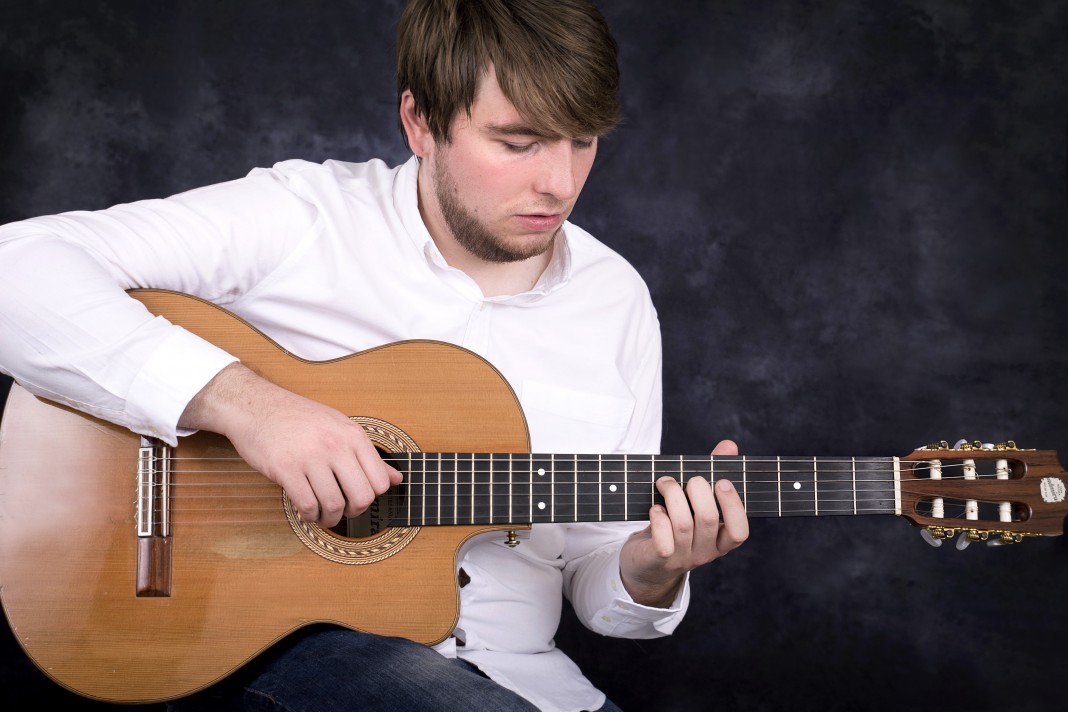 If a spectacular solo guitar performance is what your event demands, look no further than Daydream Guitar - an astonishingly talented solo classical and Spanish guitarist with superb credentials!

With 15 years of playing experience and a varied repertoire covering classical favourites like Pachelbel's Canon in D, Air on the G String and Greensleeves and pop, rock and soul hits from George Michael, The Beatles and Stevie Wonder, Daydream's dexterous musical ability is sure to astound you and your guests. Set the mood with soothing instrumental music, create some Mediterranean magnetism with Spanish guitar, or cover your favourite pop songs with Daydream's lively hybrid picking style.

Daydream's skill is backed by a Grade 8 Distinction in both electric and classical guitar and a first class degree from leading conservatoire Leeds College of Music. His rapid playing style was influenced by "Yes" guitarist and chief inspiration Steve Howe. Daydream Guitar's fluid and natural technique led to him working with his heroes, recording an album alongside members and ex-members of progressive rock band Yes using a variety of instruments.

Hiring Daydream Guitar for your event is simplicity itself. A PA is provided and you'll receive two forty five minute sets as standard, with the option to add an extra thirty minute performance.

Daydream Guitar is available to hire as a wedding guitarist, party guitarist and classical guitarist for corporate events.

Get in touch with Entertainment Nation to book this brilliant and talented musician for your event!

"Daydream Guitar is a super-talented guitarist; he can play anything, electric, acoustic and in any style."

Live Guitarist
"Daydream Guitar is a guitar virtuoso very much in the mould of Django Reinhardt. He's a very expressive player with a style bordering on the neo-classical. His performance is something of a homage to Steve Howe, a love evidenced by his playing in a Yes tribute act Fragile. He's the type of guitarist who makes it look to easy as he performs Yes' 'To Be Over' and Howe's 'Sketches in the Sun' providing faithful interpretations of hard to play classics. 'Clap' from 'The Yes Album' is handled with great dexterity and is set is rewarded with rapturous applause."

Live Event Guitarist
"...And I was taken away by his skill and the good flow of feeling in the music. It was magical. I felt mesmerised as his fingers rolled through a network universe of interconnected scales, keys, riffs, licks and melodies. Like a magician with smoke and mirrors waving the wand of a guitar. And the sounds he was making reconstructed themselves as moods as they passed from ear to brain. The ideas passing from writer to live performer to listener."

Guitarist For Hire
"When Daydream Guitar wandered onto the stage, picked up his guitar and began playing softly, the entire audience fell silent. We couldn't quite believe what we were hearing... "