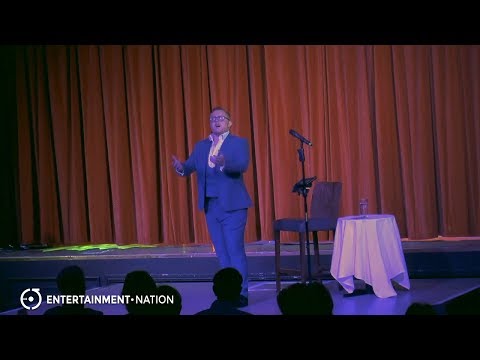 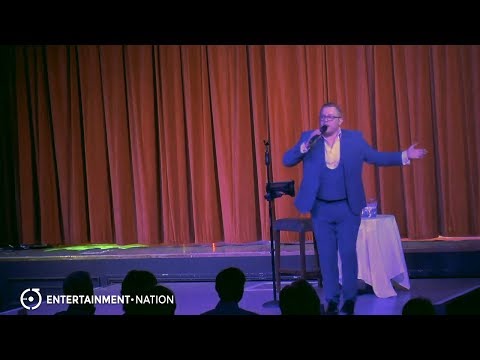 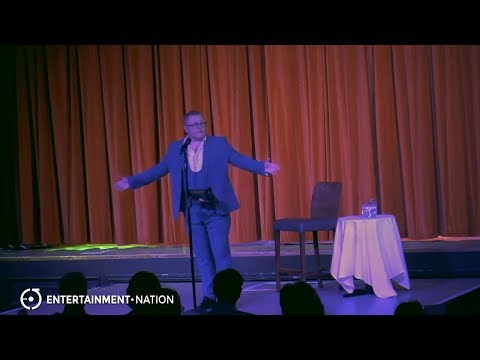 Adam Robertson - What Kind Of Fool Am I 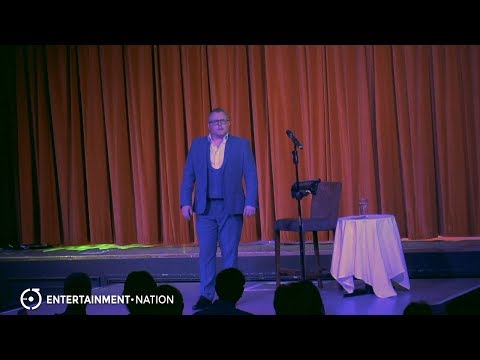 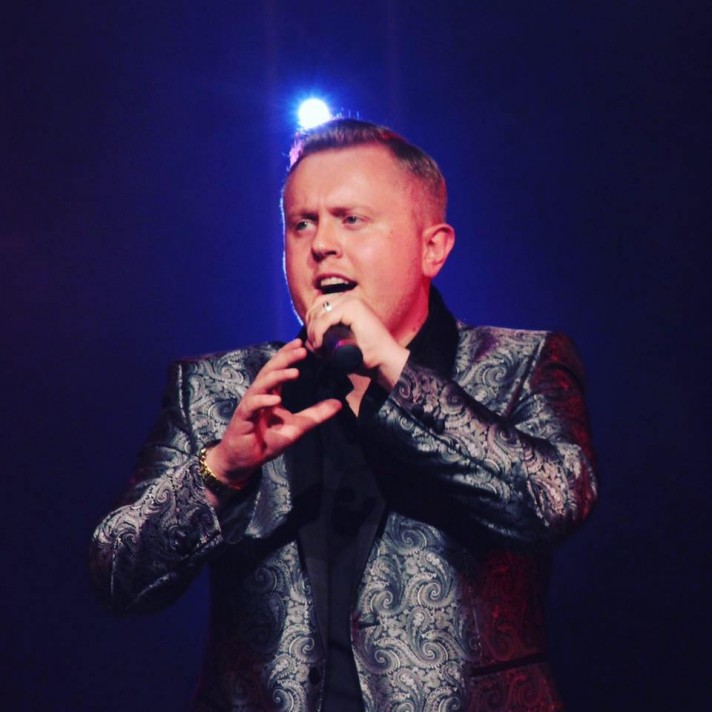 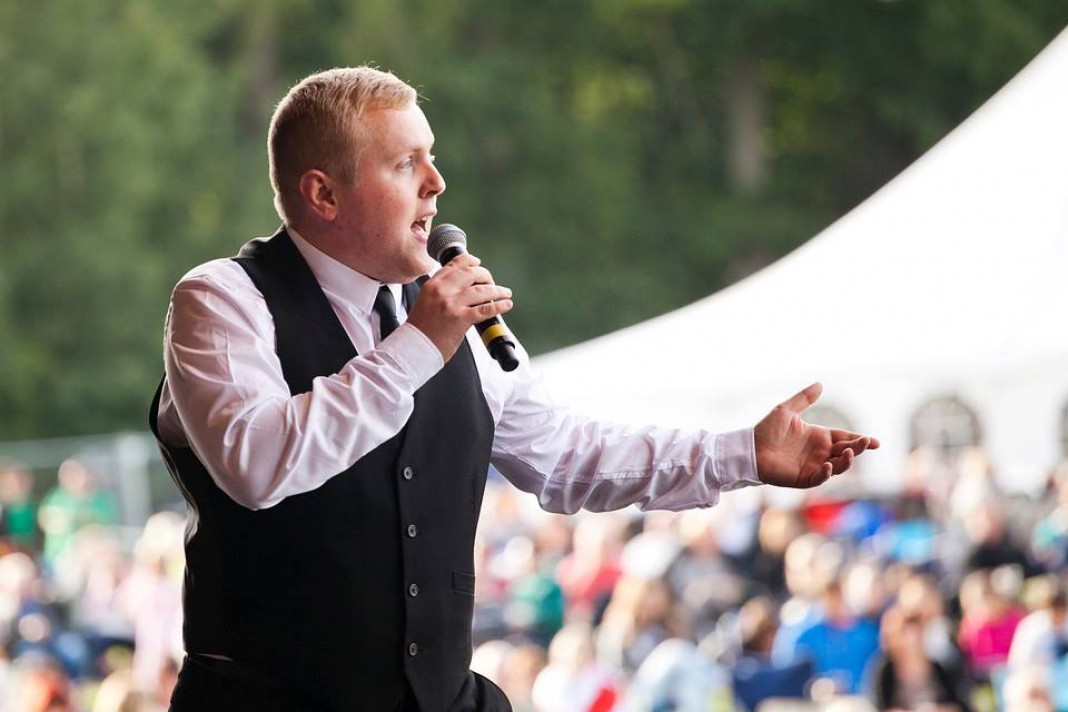 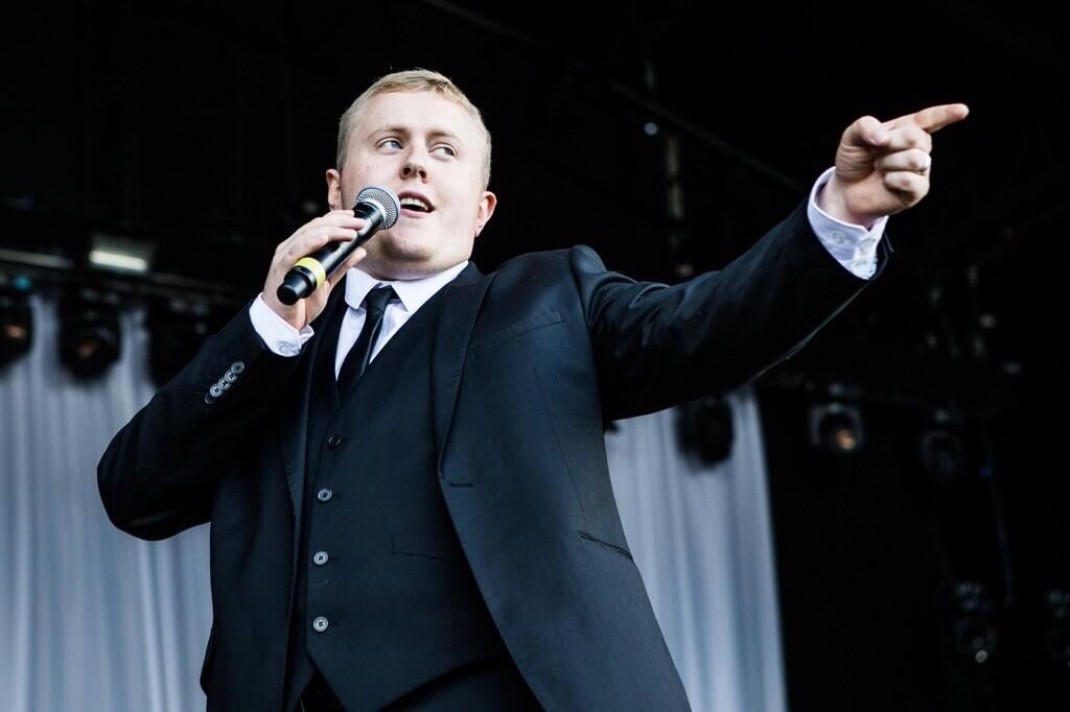 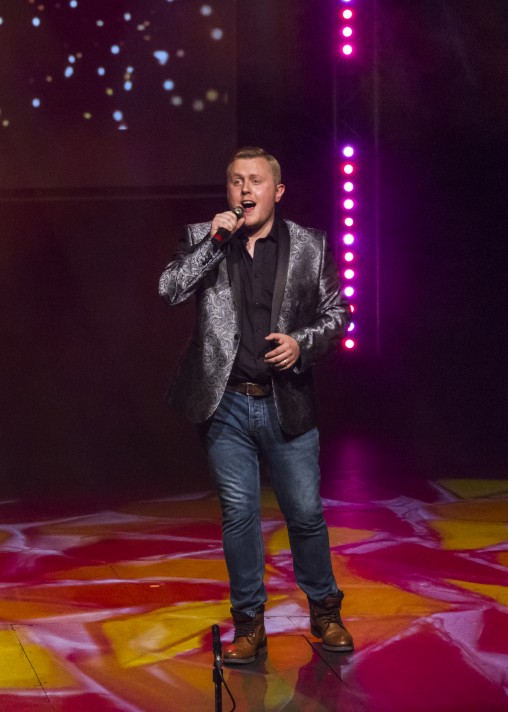 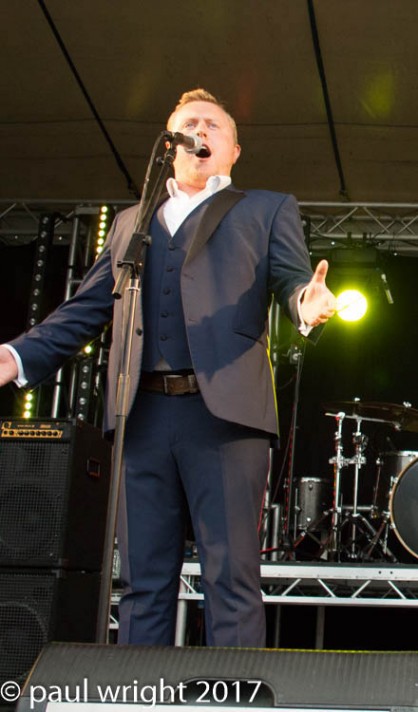 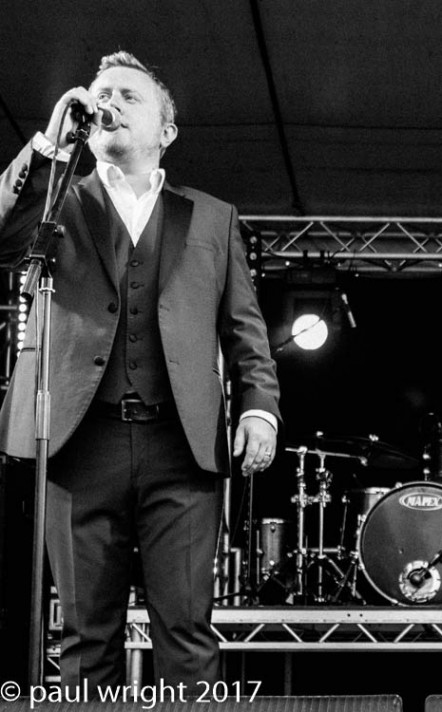 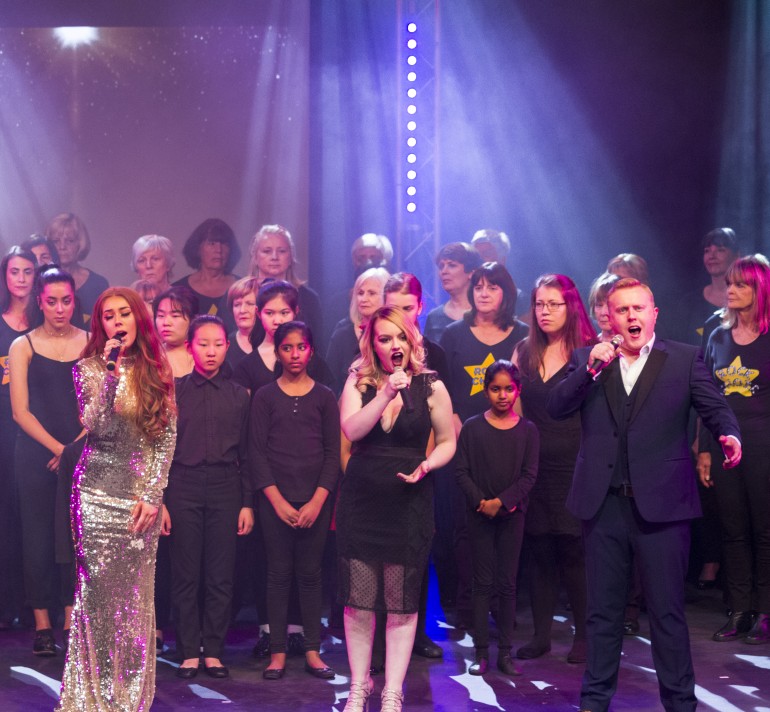 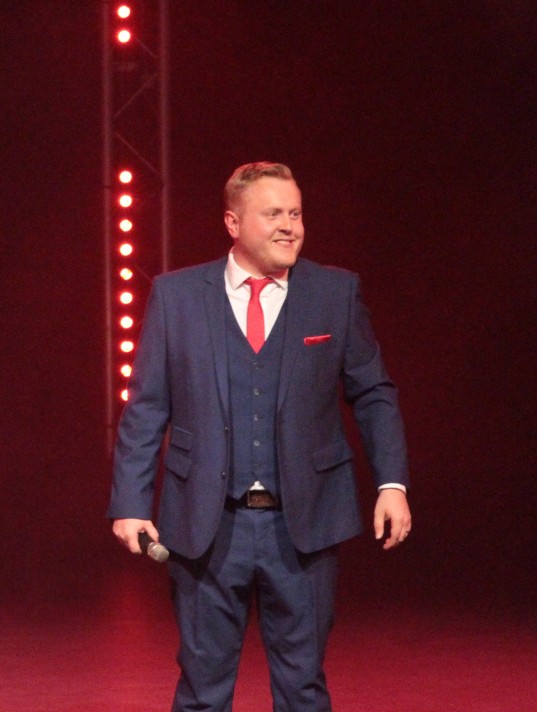 Wow your audience and leave memories to last a lifetime! Adam Robertson is an astonishing solo musical theatre performer with a voice worthy of royalty!

One glance at Adams's repertoire and it seems he sings everything: showtunes like "Phantom", "Les Mis" & "The Greatest Showman"; classics like "Nessun Dorma" and "Time to say Goodbye"; thrilling symphonic arrangements of modern anthems by Take That, Simon and Garfunkel, Queen, and many others; legendary tunes of the silver screen, from Bond to "Moon River" and "Unchained Melody"; jazz and big band favourites, and of course all the golden oldies from Buddy Holly to Elvis, Roy Orbison, Tom Jones and Neil Diamond!

The spotlight first fell on Adam when he was approached to perform the role of confederate commander Robert E. Lee in the European premier of Philip Glass's civil-war opera, "Appomattox". Nominated as "best actor in a musical production" his snowballing career subsequently took him to the West End, then as a radio host, and finally to his own solo show, working with top producers to pioneer symphonic arrangements of pop and rock classics that capture the heart of audiences of all ages.

With his renditions of operatic and theatre classics, jazz and rock anthems, soaring falsetto and fierce bass, it's no wonder Adam has spent 10 years performing worldwide for UEFA, the BBC, the Proms, many world leaders and royalty, and even as the director of The Lion King musical in Washington D.C.!

Whether performing alongside high-quality backing tracks, with an 8-piece band or a full-blown symphonic orchestra, every performance is a spine-tingling treat for the senses. Adam provides high-quality PA and lighting for his show and you have the option to book a dedicated sound engineer for the best possible quality. Consider booking additional lighting and a star cloth for added glamour, and be sure to take advantage of extra performances, requests, additional singers, and a playlist service to fill out the evening!

You've got to experience Adam Robertson's vocals for yourself - don't miss out, avoid disappointment and book him early!

Classical / Pop Crossover
You're The Voice - John Farnham
Rule The World - Take That
Unchained Melody - The Righteous Brothers
Nights In White Satin - Moody Blues
Surrender - Elvis
We Are The Champions - Queen
The Show Must Go On - Queen
Besame Mucho - Luis Miguel
Gold - Spandau Ballet
Nessun Dorma
O Sole Mio
That's Amoré
Volare
Time To Say Goodbye
Jazz, Swing Big Band
Luck Be A Lady
My Way
New York, New York
What Kind Of Fool Am I?
Moon River
The Lady Is A Tramp
That's Life
That's Amoré
Mack The Knife
Smile
Sway
Volare
What A Wonderful World
Come Fly With Me
Fly Me To The Moon
You're Nobody Till Somebody Loves You
Mister Bojangles
Beyond The Sea
Unforgettable
When I Fall In Love
Cry Me A River
We Have All The Time In The World
From Russia With Love
Musical Theatre
Stars
Bring Him Home
This Is The Moment
Wishing You Were Somehow Here Again
The Phantom of the Opera
The Music Of The Night
Anthem
I Know Him So Well
Corner of the Sky
The Winner Takes It All
Close Every Door
Old Man River
Rodgers & Hammerstein Medley
West Side Story - Medley
Any Dream Will Do/ Give Me My Coloured Coat - Joseph
Defying Gravity
Memory - Cats
Something About This Night
Love Changes Everything
007 & James Bond
We Have All The Time In The World - On Her Majesty's Secret Service
From Russia With Love
Gold Finger
A View To A Kill
Live And Let Die
The World Is Not Enough
Man With The Golden Gun
Diamonds Are Forever
Skyfall
Writing's On The Wall
Golden Eye
Thunder Ball
Nobody Does It Better
Golden Oldies/Sing A Long
An American Trilogy - Elvis
Can't Help Falling In Love - Elvis
My Way - Elvis
Wonder Of You - Elvis
Suspicious Minds - Elvis
Alway's On My Mind - Elvis
Jonny B Goode - Elvis
1968 Medley - Elvis
You're The Voice - John Farnham
My Girl -Temptations
That's Life - Frank Sinatra
My Way - Frank Sinatra
Luck Be A Lady - Frank Sinatra
Mack The Knife - Frank Sinatra
Lady Is A Tramp - Frank Sinatra
Fly Me To The Moon - Frank Sinatra
Come Fly With Me - Frank Sinatra
New York, New York - Frank Sinatra
Respect - Aretha Franklin
Your Song - Elton John
Pinball Wizard - Elton John
Candle In The Wind - Elton John
I'm Still Standing - Elton John
Sweet Caroline - Neil Diamond
Crunchy Granala - Neil Diamond
Play Me - Neil Diamond
Crying - Roy Orbison
Pretty Woman - Roy Orbison
You Got It - Roy Orbison
Only The Lonely - Roy Orbison
Thunderball - Tom Jones
Help Yourself - Tom Jones
Green Green Grass - Tom Jones
Delilah - Tom Jones
Danny Boy - Tom Jones
Brown Eyed Girl - Van Morrison
Moon Dance - Van Morrison
Bohemian Rhapsody - Queen
The Show Must Go On - Queen
I Want To Break Free - Queen
Somebody To Love - Queen
Under The Moon Of Love - Showaddywaddy
Three Steps To Heaven - Showaddywaddy
Runaround Sue - Showaddywaddy
Heartbeat - Showaddywaddy
Saturday Night At The Movies - The Drifters
Save The Last Dance - The Drifters
More Than A Number - The Drifters
Kissing In The Back Row - The Drifters
Under The Boadwalk - The Drifters
On Broadway - The Drifters
Love Potion Number 9 - The Drifters
My Eyes Adored You - Jersey Boys/Frankie Valli
Medley - Jersey Boys/Frankie Valli
Sherry - Jersey Boys/Frankie Valli
Oh What A Night - Jersey Boys/Frankie Valli
Can't Take My Eyes Off Of You - Jersey Boys/Frankie Valli

"We booked Adam Robertson through Entertainment Nation for my twin daughter's 21st birthday party and he was awesome! I wanted a surprise singer and Adam was so accommodating and really got on board with our cunning plan. I told my daughters that he worked at Tescos and had stepped in at the last minute as the DJ I'd hired cancelled on us. I introduced him to the party, told them Adam was going to play a special tune for my daughters but he suddenly started singing Nessun Dorma, it was wonderful, and when he hit that high note there were tears all around. The set he then went on to deliver was songs from Phantom of the Opera, Les Mis, Greatest Showman and many more. It was a wonderful day that none of us will ever forget and Adam was a huge part of that. If you are thinking of booking Adam, think no more, he is a 10 out of 10 with an amazing voice. He is, also, a very nice guy as well. I hope we can have him along to our next big family celebration."